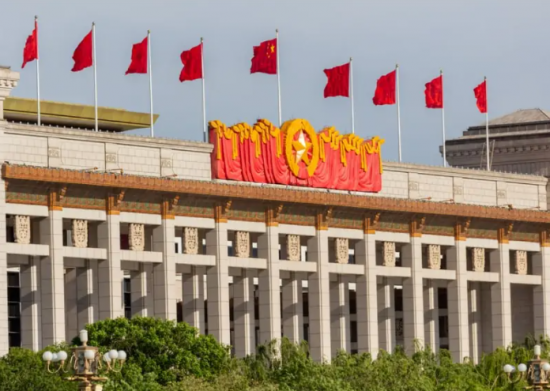 We are delighted to be joined by CBBC's Chief Executive, Andrew Seaton, and our Policy Analyst, Torsten Weller for a special Forum on the 3rd of November exploring the outcomes of the recent 20th National Congress.

From the 16th to the 20th of October, China’s ruling communist party (CCP) held its quinquennial Party Congress.

The 20th Party Congress of the Communist Party of China has seen of the largest reshuffles in recent memory, with XI Jinping not only staying in power for a third term but also further cementing his power.

Yet the unprecedent concentration of power also raises serious questions about China’s reform trajectory and its long-term economic development, as the new leadership faces a series of daunting challenges ranging from zero-Covid, a struggling property market and uncertainty over the country’s regulatory environment. Join us on for an exclusive briefing on one of the most important global political events.

Join us on 3rd of November to discuss and debrief on what happened at the 20th national congress and what issues could lie ahead for your UK business.

Torsten Weller - CBBC China Policy Analyst - has worked on Chinese regulatory policies for more than five years. Prior to working for the CBBC, he was a consultant for an international law firm in Beijing and has worked as a policy analyst at the EU Delegation to China and Mongolia.

Andrew Seaton - CBBC's Chief Executive - is the former executive director of the British Chamber of Commerce in Hong Kong, an international business membership organisation. Andrew has had a distinguished career as a diplomat, including roles as British Consul General in Hong Kong, Consul General in Chicago, and as Head of the China Department at the FCDO.

With our high calibre of speakers, this in-person event will provide your business the chance to understand how this Congress will externally influence your business operations in China.