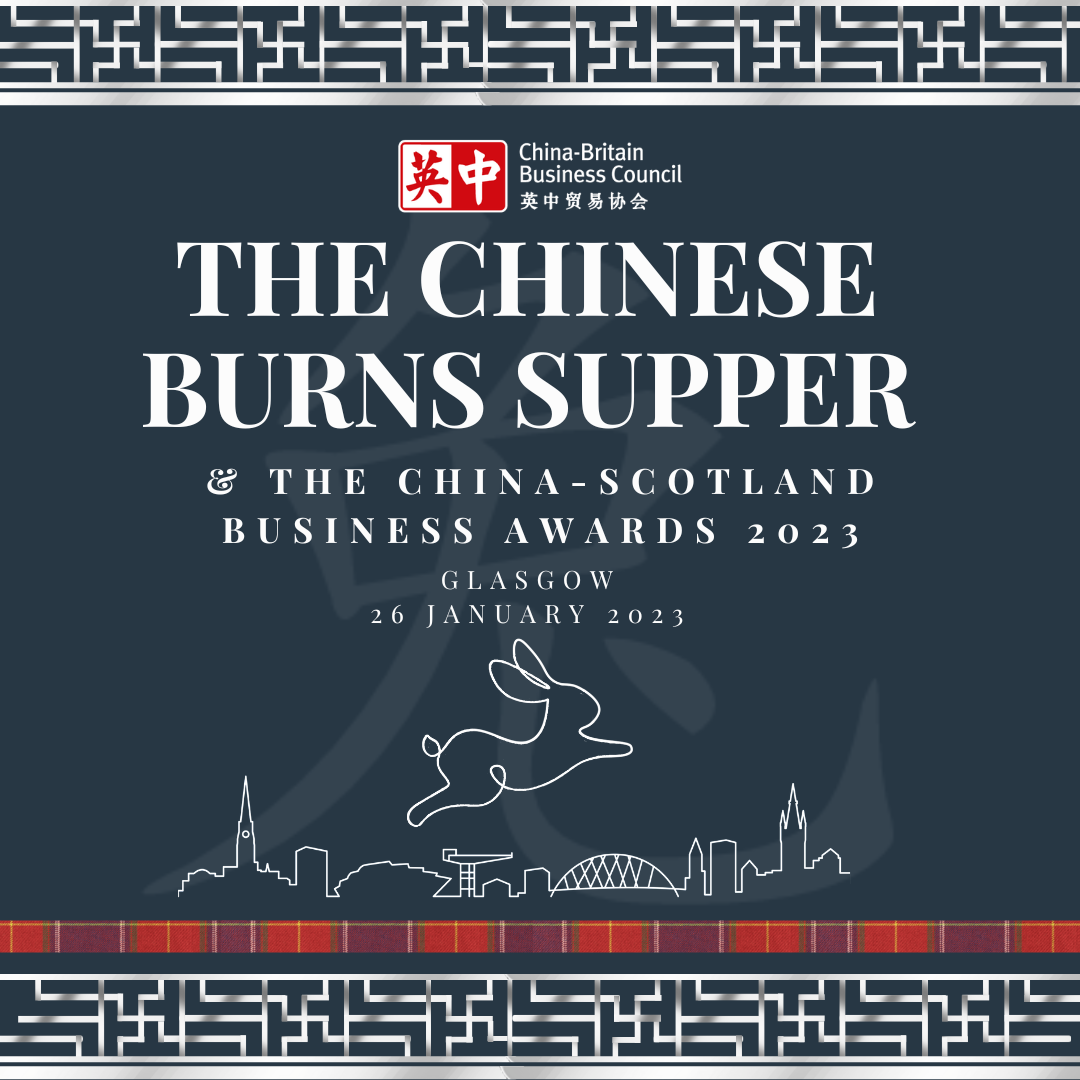 The 6th annual China-Scotland Business Awards will be recognising and celebrating achievements in trade and investment between Scotland and China: with five great awards up for grabs. The winners will be announced at a special ceremony during the Chinese-Burns Supper.

Learn more about the Awards here

Please note: Guests attending the event can buy tickets individually or as a table. Each table will seat 10 guests.

Want to attend more events - we are running a China Consumer Programme on 26th January. This event is based in Glasgow and runs from 10.30am to 4.30pm. Please click here for more information.