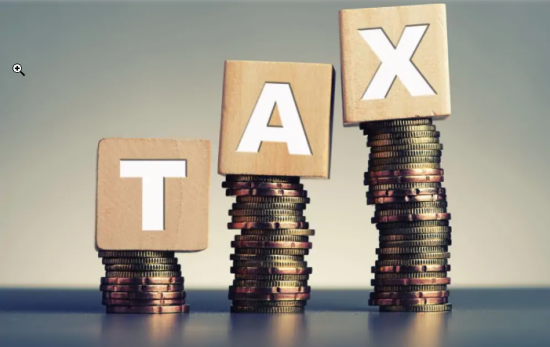 CHINA SUPPORTS THE G7’S INITIATIVE FOR A GLOBAL MINIMUM CORPORATE TAX, WHICH IT PREFERS TO THE EU’S DIGITAL SERVICE TAX PROPOSAL – HERE’S WHY, WRITES TORSTEN WELLER.

Relations with China figured prominently at June’s G7 summit in Cornwall. Yet despite many media reports highlighting the differences and potential flash points between Western democracies and the Communist Party in Beijing, the meeting addressed several points where both sides are pretty much aligned.

While climate change is probably the most prominent talking point when it comes to cooperation with China, the planned global minimum corporate tax could well be another global governance project where both sides’ interests largely converge. Thus, at the G20 – which took place on Saturday, 10 July, in Venice, Italy – China was one of the major economies which supported the G7’s tax initiative. The final details – such as the exact tax rate – are expected to be fixed before the next meeting in October.

In recent years, China itself has undertaken several steps to make tax avoidance more difficult and even passed several regulations which expand the reach of China’s tax authorities abroad. The OECD’s Inclusive Framework on Tax Base Erosion and Profit Sharing (BEPS) has provided China with the impetus to reform its own fledging tax system. A new global minimum tax for corporate income might well do the same. Yet domestic reforms to create a truly national tax register are still far from complete and many domestic challenges remain.

On 5 June 2021, the finance ministers of the G7 countries signed an accord with the aim of establishing a global 15% global minimum corporate tax (GMCT) for companies headquartered in these countries. The introduction of such a minimum tax would mean that the home countries of multinational corporations could charge the tax difference for companies who pay less than 15% corporate income tax (CIT) in other countries where they do business. This would not only discourage profit shifting but also remove the incentive for governments to engage in a race to the bottom.

The initiative follows a previous campaign launched in 2015 by the Organisation for Economic Cooperation and Development (OECD) against tax base erosion and profit shifting – better known as the Inclusive Framework on BEPS. Tax avoidance measures by organisations and individuals aren’t illegal but involve complex legal mechanisms such as transfer pricing and the use of preferential tax regimes, yet they are nonetheless estimated to have deprived finance ministries of between around £72 billion and £172 billion in tax revenue per year.

China has so far played a rather constructive role in the BEPS initiative and has been an active participant in several OECD working parties tasked with the development and further improvement of the framework. In 2016, China’s State Administration of Taxation (SAT) issued regulations that brought the country’s transfer pricing rules in line with international standards. SAT also improved the legal basis for investigating foreign companies over suspected CIT evasion. Finally, China has begun to develop a national tax database which – as part of the comprehensive Corporate Social Credit System – will help make corporate finances and tax obligations more transparent.

Given China’s long-standing involvement in global tax governance, Beijing’s reaction to the GMCT initiative was therefore rather positive. Asked about the G7 accord, China’s Foreign Ministry stressed that the country is ready to cooperate with other G20 members to establish a comprehensive and inclusive tax framework for multinational corporations and digital services.

After the finance ministers of all G20 countries agreed to endorse the establishment of a global minimum tax of at least 15%, the Chinese Ministry of Finance issued a statement reaffirming its commitment to cooperate with other countries within the OECD framework and to hammer out the details for a GMCT before the summit in October.

For Beijing, the proposed global minimum tax on corporate income therefore not only suits its own domestic agenda but also creates a new space for global cooperation – this time with the US.

Beijing’s willingness to support the GMCT should come as no surprise. China’s is one of the world’s major victims of corporate tax avoidance. According to a 2017 study by researchers of the United Nations University World Institute for Development Economics Research, Chinese tax authorities lost over £40 billion in revenue to corporate tax avoidance in 2013 alone. By contrast, the UK – whose economy in that year was roughly a third of China’s – only lost around £700 million.

The Chinese government clearly recognises the problem. When presenting the government’s fiscal priorities for 2021 in May, China’s Finance Minister, Liu Kun, named better tax compliance as the ministry’s principal task, even above spending discipline, efficiency, and supervision.

Another reason behind Beijing’s favourable view towards a GMCT is that is seen as a preferred alternative to the EU’s planned digital service tax (DST). The levy, which was initially intended to tax US tech giants such as Google and Facebook, which so far had booked their European profits in low-tax countries. Interestingly, with its growing tech sector, China thus shares common ground with the US, which has lobbied against the EU initiative and has pushed for a delay of the DST. Beijing, too, sees the DST critically, which it sees as a threat to global trade, preferring the OECD plan.

For Beijing, the proposed global minimum tax on corporate income therefore not only suits its own domestic agenda but also creates a new space for global cooperation – this time with the US.

Although China is not a fan of the G7 and prefers the G20, the initiative to establish a framework for global minimum corporate tax is largely in line with China’s own view on international taxation. Following the example of the OECD BEPS policy recommendations, companies and organisations should expect that the Chinese government will follow closely and implement policies similar to those enacted by Western governments.

Similar to the OECD’s framework for BEPS, the GMCT offers China an opportunity to play an active role in global governance while at the same time providing an incentive for domestic tax reform. The implementation of China’s own transfer pricing rules and the development of a national tax database within a corporate social credit system are important examples of this dynamic.

Yet despite the growing global reach of Chinese companies such as Alibaba and Shein, the biggest challenges for China’s tax authorities will be closer to home. China’s own tax compliance system is far from complete. Local protectionism and lack of central supervision have long been a major problem for a coherent and effective tax policy. There is also a risk that more contentious tax policies – such as a possible property tax – could divert attention and political resources away from a more comprehensive corporate tax reform.

Against this backdrop and the growing fiscal pressure on local governments, foreign companies should therefore expect China’s implementation of the GMCT to be only one among many new tax reforms in the coming years.