What’s happening to Didi in China?

RIDE-HAILING APP DIDI IS UNDER INVESTIGATION AND HAS BEEN REMOVED FROM APP STORES JUST DAYS AFTER ITS IPO IN THE LATEST CRACKDOWN ON CHINA’S TECH INDUSTRY THAT HAS ALSO AFFECTED ALIBABA, TENCENT AND BYTEDANCE, WRITES ROBYNNE TINDALL. SO WHAT IS DIDI AND WHAT’S NEXT FOR THE APP?

Who or what is Didi?

Didi, officially known as Didi Chuxing Technology co., is an online vehicle-for-hire-service. Its services include taxi-hailing, private car-hailing (including different levels of vehicles, up to premium luxury cars), bike-sharing, and van hire for freight and logistics. In China, the app — which can also be accessed via mini-programmes in the WeChat and Alipay apps — is available in Chinese and English.

Didi was founded in 2012 by Will Cheng, who remains on board as CEO. Softbank’s Vision Fund is the largest shareholder, with 21.5% ownership, followed by Uber, which retains a 12.8% stake following Didi’s acquisition of Uber’s China arm in 2016.

Is Didi popular in China?

Didi has an estimated 90% share of the ride-hailing market in China, operating in around 400 cities. According to its IPO prospectus, it has 377 million annual active users as of 2021, and 156 million average monthly active users from January to March 2021. Outside of China, Didi operates in 15 countries, including Brazil, Mexico, and Russia.

What is the background to Didi’s IPO?

Didi filed early stage IPO paperwork with the US Securities and Exchange Commission on 10 June. The filing highlighted the company’s recovery from the coronavirus pandemic, reporting a net income of RMB 196 million (£21.9 million) in Q1 2021, up from a loss of RMB 4 million (£447.7 million) the previous year.

Why has Didi come under investigation?

The Cyberspace Administration of China (CAC) opened an investigation into Didi on 2 July, citing national security and cybersecurity laws to “guard against risks to national data security” and “protect the public interest.” The move was not completely out of the blue — regulators had already cautioned Didi to delay its IPO earlier in the year.

The specific security and privacy issues that led to the investigation have not been made public, although it is related to the collection and use of personal data. Didi collects data such as user location and ride duration, which is all stored on data servers in China. 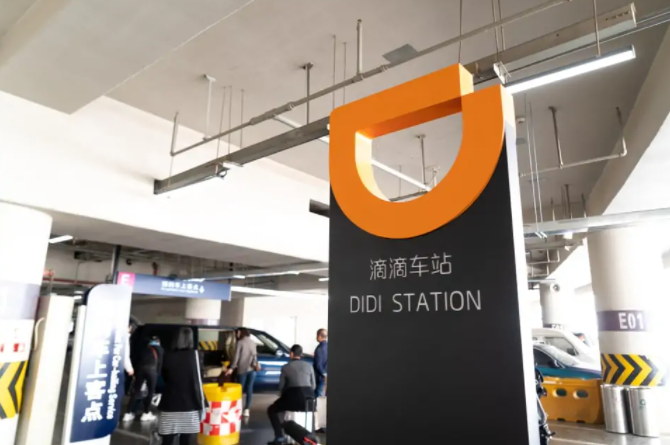 While the review is ongoing, the platform is not allowed to register new users. On 4 July, Didi was ordered to remove its app from app stores and other platforms, although existing users were able to continue using the app.

In a response on Monday, 5 July, Didi said, “The Company will strive to rectify any problems, improve its risk prevention awareness and technological capabilities, protect users’ privacy and data security, and continue to provide secure and convenient services to its users.”

The CAC also announced a similar investigation of two truck rental apps, Yunmanman and Huochebang, operated by Full Truck Alliance and Kanzhun Ltd.’s Boss Zhipin, the largest online recruitment platform in China. Both companies went public in the US earlier in 2021.

How much has Didi’s stock price dropped?

In the statement mentioned above, Didi said that it expects the app takedown to have “an adverse impact on its revenue in China.” When Wall Street reopened for trading after the Independence Day holiday on Tuesday, 6 July, shares were down more than 20% at $12, wiping billions off its market value.

Although existing users can continue to hail cars and taxis via the Didi app, anecdotal evidence from the days following the app takedown suggest longer wait times for people using the app, presumably as some drivers move to competitors such as Caocao Zhuanche and Yidao Yongche. Competing platforms such as Meituan Chuxing and Gaode Map (which aggregate services from different ride-hailing platforms) were offering deep discounts in the first week of July.

The cybersecurity review of Didi is likely to last at least 30 days. Since the review was announced, the State Council stated that it will tighten controls on illegal securities activities and strengthen the protection of sensitive data related to overseas listings. This may lead to long wait times for companies planning IPOs.