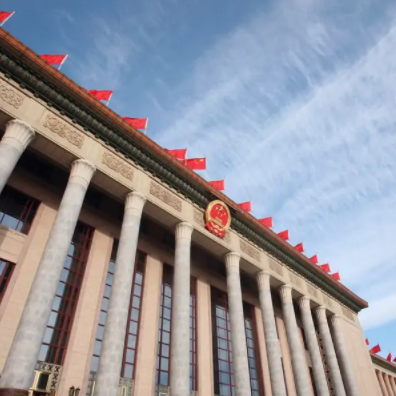 The communiqué of the Communist Party’s recent Sixth Plenary Session sets the tone for China’s domestic politics and society for decades to come. So what’s in it? And how does Xi Jinping compare to his predecessors Mao Zedong and Deng Xiaoping?

The prognostications of most China analysts turned out to be right, and speculation over whether President Xi Jinping had the base to pass what is only the third ‘Resolution on History’ of the CCP’s existence was unfounded. Still, those putting forward such analyses were correct to draw attention to the fact that this week’s meeting presented the last chance for political horse-trading among senior CCP officials before next year’s Congress, even though the headline result was only ever going to go one way: the Party’s is in full support of President Xi.

As the communiqué explains (read the full text in English here), the Party needed to review its history because it is about to embark on a new journey: what it calls the Beginning of a New Phase to Achieve the Second Centenary Goal, which is the Great Rejuvenation of China. It is important to note that the communiqué, which acts as a kind of executive summary to the Resolution (which FOCUS will explore in more detail in a future post), does not put forward a revisionist history of the Party, differentiating it from its predecessors.

Mao and Deng’s ‘Historical Resolutions’ both applied a historiographical lens to the events that afforded the Party’s coming to power and criticised previous Party leaders – making alterations to the CPP’s records where needed – but President Xi’s Resolution appears solely focused on substantiating China’s current position. By proving that the Party has achieved its first centenary goal of building a ‘moderately prosperous society’ that each previous leader contributed to by fulfilling their ‘mission’ while in office and that “Marxism has been fully tested as a scientific truth,” the communiqué is teeing up a resolution rooted in ideology rather than consideration of the past.

The Plenary Session also offered a chance to reflect. Xi Jinping Thought on Socialism with Chinese Characteristics for a New Era  – not yet foreshortened to ‘Xi Jinping Thought’, suggesting that the Party being on the verge of a ‘New Era’ is of paramount importance – makes multiple appearances, as does President Xi himself: 17 of him and seven of his Thought, compared to seven of Mao and five of Mao Zedong Thought; five of Deng Xiaoping and four of Deng Xiaoping Theory, and just one apiece of Hu Jintao and Jiang Zemin, plus four mentions of their ideologies.

Furthermore, President Xi is newly presented as an ideologue, his eponymous ideology acclaimed as nothing less than “Contemporary Chinese Marxism… 21st Century Marxism… and the essence of Chinese culture and… spirit.” But putting all that to one side, perhaps the most significant development is that during the press conference of the central committee of the CPC, a senior party official named President Xi the ‘Helmsman’ to China’s ship on its journey to rejuvenation; a term previously reserved for Mao.

After the publication of the Resolution, analysts anticipate further clarity on several crucial areas where the communiqué is conspicuously light, including Hong Kong and Taiwan, what the Party’s exact goals are for this ‘New Era,’ and how it will carry out initiatives such as Common Prosperity.