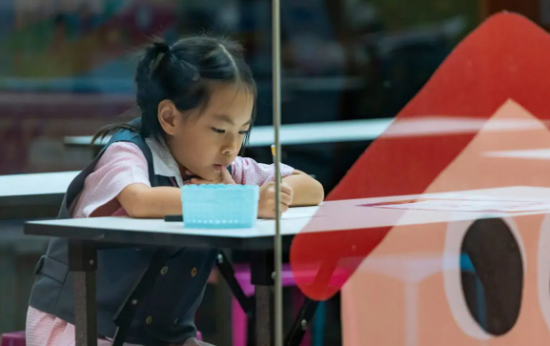 PRIVATE TUTORING IS JUST THE LATEST TARGET IN A LONG LIST OF INDUSTRY CRACKDOWNS IN CHINA. THE CHANGE IN POLICY IS ALREADY HAVING A PROFOUND EFFECT ON INTERNATIONAL EDUCATION OPERATIONS IN CHINA, AND POSSIBLY ON THE FUTURE FLOW OF STUDENTS INTO EDUCATION INSTITUTIONS ABROAD, WRITES TIM VAN GARDINGEN

In mid-2021, the Chinese government put forward the ‘shuangjian’, or ‘double reduction’ policy. The policy aims to reduce the intense stress levels among the school student population brought on by relentless extra-curricular activities, while simultaneously easing the childcare burden on urban parents.

This comes as part of wider changes in the education market that have sought to regulate and improve the growth of the private education sector, particularly for students in compulsory education (the nine years starting from age six).

Many Chinese parents see education as the key to social mobility. They have traditionally invested heavily in education in the hope of improving their children’s performance in gruelling university entrance exams (known in China the gaokao). As a result, the potential for sustained growth in the tutoring industry was huge. In 2019, the Chinese after-school tutoring sector was valued at around $96 billion, making it the largest tutoring market in the world. Only months before the introduction of the new regulation, Macquairie Group forecast that this value would double by 2023.

In addition to concerns about rampant profit-making in the private tutoring market, the authorities are increasingly concerned with the slowing birth rate in China and hope that reduced childcare demands could encourage more people to have children. Securing places on extra-curricular courses and arranging for children to attend them was considered part of that burden.

The shuangjian policy is ultimately a regulatory shift with dramatic implications for the education sector, both domestic and international.

Part of the reason for this change is the belief that private tutoring companies operating in China had become too focused on profit rather than social good, triggering the need for stronger regulation. As a result, after-school tutoring companies must now register as not-for-profit organisations, and private education companies are prohibited from going public and raising capital. This is the case for both online and offline tutoring companies.

Stocks in education companies crumbled immediately in a bout of panic selling after the announcement of the new policy in July. Key founders and CEOs lost significant personal wealth, such as Larry Chen, CEO of edtech company Gaotu Techedu, who saw his wealth drop by £10.9 billion since January, stripping him of his billionaire status.

How does the crackdown on private tutoring fit into the wider situation in China?

This reform is only one in a series that has rolled out in quick succession over many key areas of Chinese business and society. The new regulations span from tech to real estate, from time spent playing computer games to the actions of celebrity fan clubs. The moves have been made in the name of ‘common prosperity,’ a new government vision to level economic inequality across the country by reining in the ultra-wealthy and major corporations and refocus on social and national benefit.

The common factor tying all of these changes together is the centralisation of power. If the other sectors suffering clampdowns, such as big tech, are anything to go by, the government may want to rein in education in a bid to retain majority influence within the sector. International schools, in particular, may not fit well into increasingly nationally focussed education policy.

The Beijing education authority’s ban on the use of foreign textbooks in primary and junior schools in August is one such change highlighting the shift to a more nationally-minded curriculum.

How might these changes affect the flow of Chinese students to foreign institutions?

However, a purely national curriculum doesn’t necessarily have the same appeal for parents. The popularity of extracurricular classes among parents indicates a lack of trust that schools alone provide adequate momentum to help students succeed. If the families reliant on extra tutoring are right, once said tutoring disappears, China’s top position in international academic rankings such as the Programme for International Student Assessment (PISA) may tumble. If they are wrong, parents will be forced to reconsider the value of filling all their children’s time with extracurricular activities.

This argument draws attention to the fact that there are shortfalls in the national curriculum that extra tutoring previously covered. The study of English language in state schools severely lacks speaking practice. It is not part of the notorious gaokao and is therefore left relatively untouched in the classroom. As a key factor in eligibility to study overseas, a drop in national English speaking proficiency could result in a hit to students heading to English speaking study destinations.

China is the world’s largest source of international students and an increase in barriers to mobility such as a drop in English proficiency should be of concern to UK institutions in the mid to long term. The ‘common prosperity’ campaign as a whole suggests a shift to a more domestic focus from the Chinese government, meaning it may become increasingly less interested in supporting overseas study. Indeed, with huge investment in Chinese domestic institutions and the astonishing speed at which many of them are climbing global rankings, the tutoring clampdown may well serve as a wrench that brings the inevitable slowdown in recruitment of Chinese overseas students a little closer. 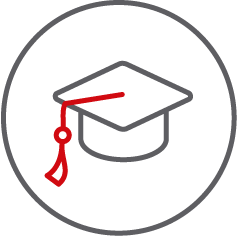