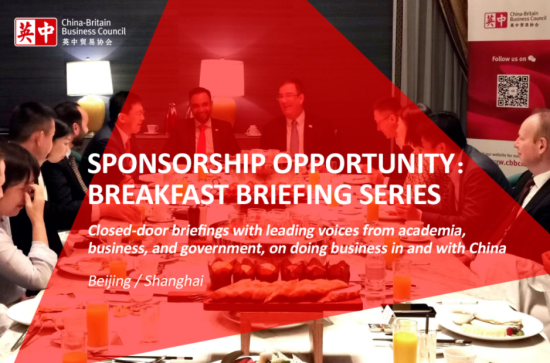 Information is invaluable in China’s ever-evolving business environment. Companies constantly have to stay abreast of changes to China’s regulatory, political, and foreign affairs that might inhibit their ability to do business here.

CBBC is seeking corporate and venue sponsors for our new breakfast briefing series featuring senior figures from business, government, media, and academia. Attendees will be invited to compare notes on how they appraise the challenges faced by their business while seeking to grow their operations in both scope and scale in China.

Taking place bi-monthly and alternating between Beijing and Shanghai, CBBC hopes to provide a forum where senior decision-makers can confidentially impart their knowledge of any developments in business-critical areas.

CBBC will invite ambassadors; business leaders from leading British, US, European, Chinese, and Japanese firms; and thought leaders from China’s leading universities and business schools to attend as guests. They will be accompanied by executives from a cross-section of leading CBBC member companies.

Sponsors will have the opportunity to recommend speakers and agenda items as well as present their latest research as a dedicated agenda item.

Participants: CBBC will invite ten senior representatives from multi-national companies in China to attend each breakfast in addition to attendees from our sponsors and guest speakers. A total of fifteen attendees will be targeted per breakfast.

Speakers: CBBC has hosted over the last year include: 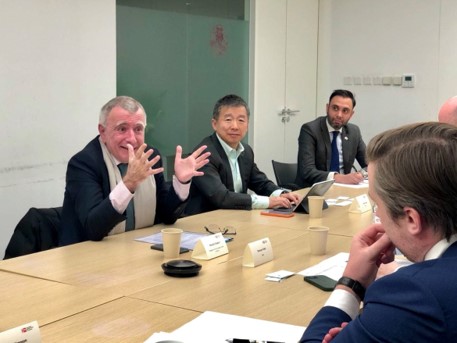 Each breakfast will pick up on a business-critical aspect of current affairs. From regulatory hurdles to supply chain disruptions, geo-political tensions to domestic political affairs, we will source authoritative voices from within China to brief your company on what the news means for you:

*Members are also encouraged to offer suggestions on potential future topics and themes. 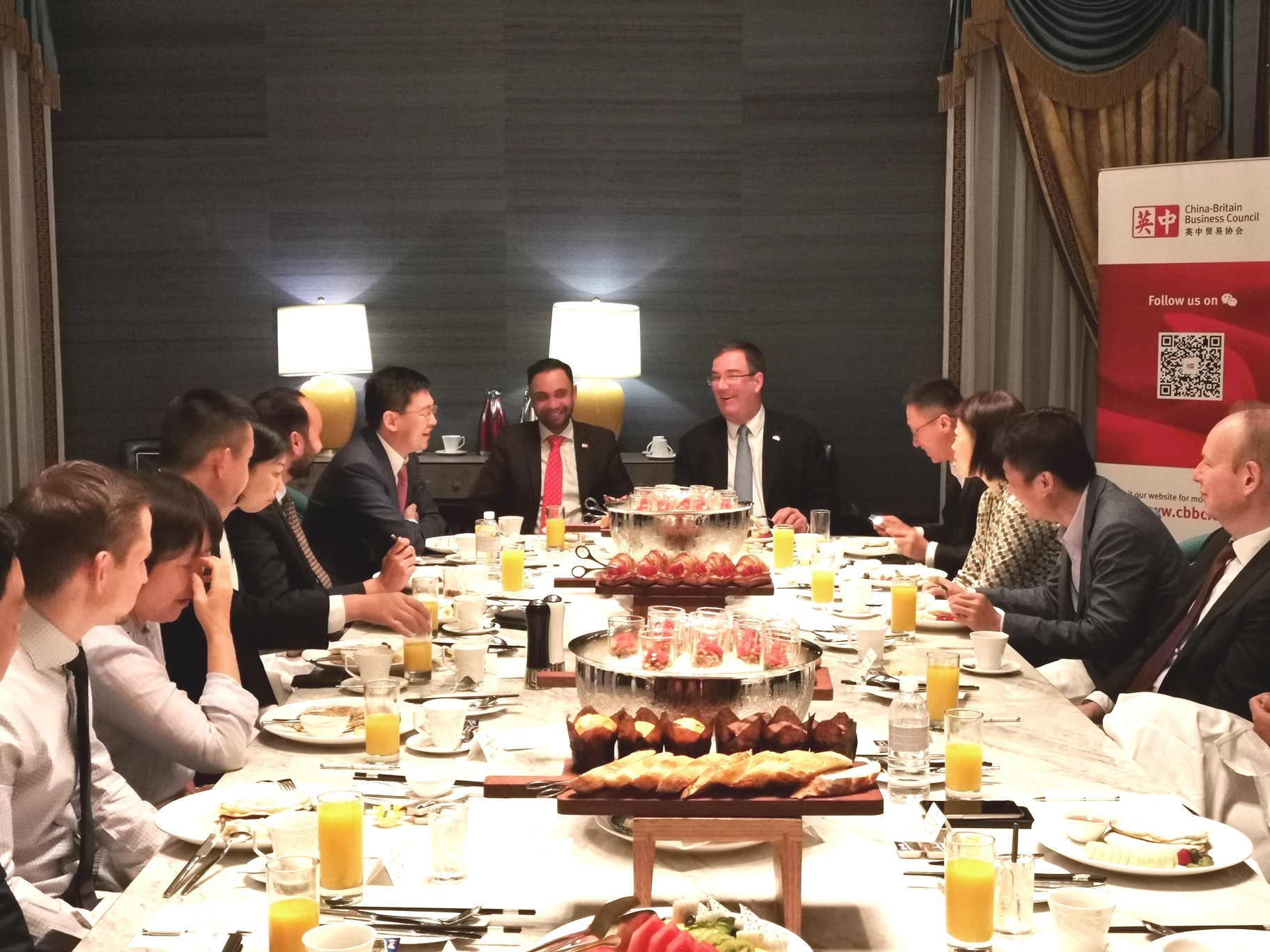 During the briefing Chris shared his views on EU/UK relations with China, particularly Shanghai and Eastern China, and his thoughts on his new position. He spoke about China-UK business relations and addressed the key concerns of our Premium Members. 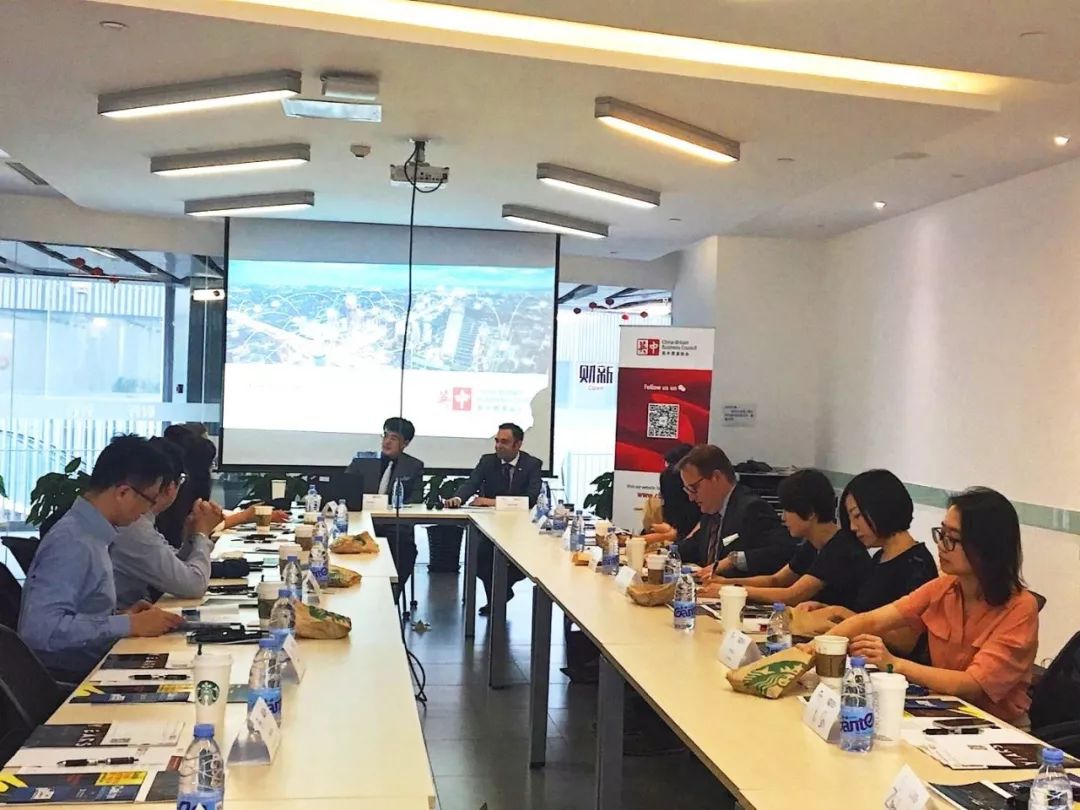 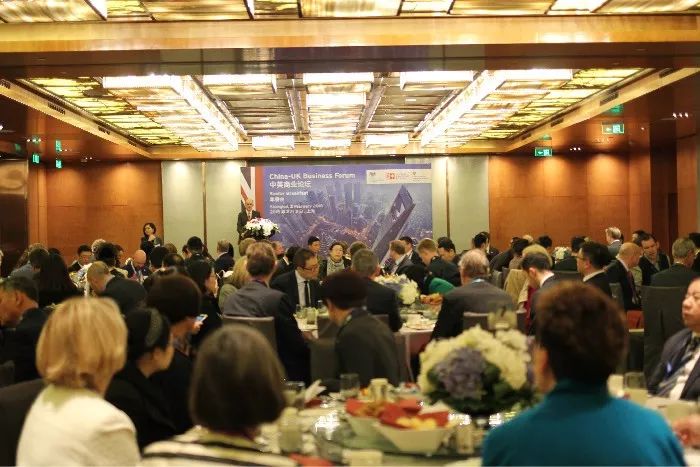 CBBC holds Business Breakfast on February 2nd 2018 in Shanghai with Secretary of State Dr Liam Fox MP, during the visit of The Rt Hon Theresa May MP, Prime Minister of the UK on her state visit to China. The breakfast was held prior to the China-UK Business Forum, and provided a platform for business interaction between UK and Chinese companies. The breakfast brought members of the Prime Minister’s senior business delegation together with key local business leaders, including CBBC member companies, for sector-focused discussions.