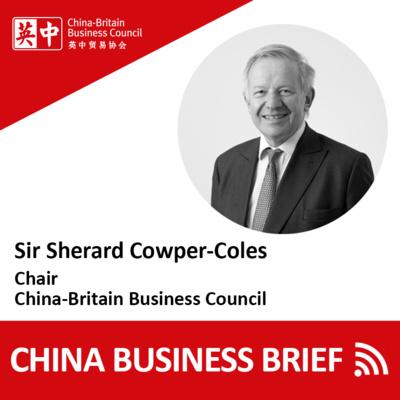 CBBC went to the Labour and Conservative party conferences earlier this month. Sir Sherard Cowper-Coles (chair) joins the China Business Brief to give his readout on how both parties are developing their respective foreign and economic policies vis-a-vis China and what businesses can expect in the near-term future from a new government under Prime Minister Liz Truss.

The first two weeks of October saw the Labour and Conservative parties hold their annual conferences. CBBC’s chair, Sir Sherard Cowper-Coles, and CEO, Andrew Seaton, were both in attendance to find out how a new government under Prime Minister Liz Truss plans to take forward the UK’s foreign and economic interests and what a Labour government would do differently.

Sir Sherard joined the CBBC’s podcast, the China Business Brief, to give his readout after travelling to Liverpool and Birmingham on how both parties are currently feeling towards China and what businesses can expect from the new government in the near-term future.

There was a real sense of urgency to conference season this year, what with everything that is facing the UK economy and both the Conservatives and Labour wanting to win the argument on growth. Boosting trade and investment will be crucial in this regard, of course, so while China was not a headline topic, there was a lot of talk about the UK's trade ties with the country on the side-lines of the event.

The views expressed in the China Business Brief podcast are those of invited contributors and not necessarily those of the China-Britain Business Council ('CBBC'). We do not accept any liability if the podcast is used for an alternative purpose from which it is intended, nor to any third party in respect of this podcast.