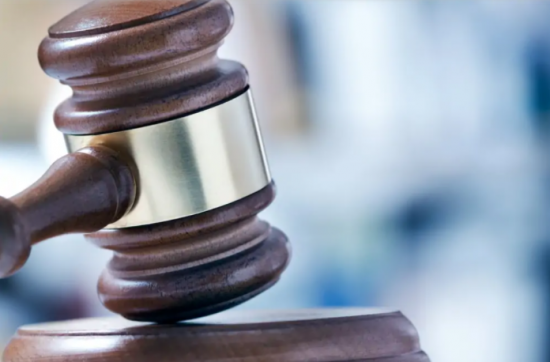 CHINA’S ANTI-FOREIGN SANCTIONS LAW PROVIDES A STRONGER LEGAL BASIS TO THE SANCTIONS CHINA HAS ADMINISTERED TO DATE. HOWEVER, AS JOE CASH WRITES, THIS IS NOT NECESSARILY A CAUSE FOR ALARM, AS COMPANIES SHOULD REMEMBER THAT ‘BLOCKING STATUTES’ ARE PIECES OF LEGISLATION THAT ALL SOPHISTICATED ACTORS IN INTERNATIONAL TRADE HAVE, BUT FEW USE

On 10 June, the Standing Committee of China’s National People’s Congress approved a sweeping law designed to counter foreign sanctions on Chinese officials and major Chinese companies. Signed into law the same day through a presidential order by Xi Jinping, the new measures codify a number of retaliatory actions that Beijing has already taken in response to Western sanctions. But the Anti-Foreign Law is very broadly written, meaning that foreign companies trading with China might fairly easily find themselves within the geopolitical crosshairs, despite their efforts to avoid this.

This briefing explains the new Anti-Foreign Sanctions Law, how it differs from what has come before, and how UK companies trading in and with China should consider it now that both the UK and China have applied tit-for-tat sanctions against each another.

The Anti-Foreign Sanctions Law is the latest piece of legislation to emerge from a trade-defence-instrument-promulgation-plan that Beijing has been working on for close to a decade. In January 2021, the Chinese government updated the ‘Unreliable Entities List’ and the ‘Measures for Security Review of Foreign Investment.’ Later in the month, China’s Ministry of Commerce (MOFCOM) issued new ‘blocking rules’ to target Secondary Sanctions – i.e. the application of sanctions in third countries – in situations where China considers its companies to be being unfairly and “unjustifiably” penalised by foreign parties, be they governments, businesses or individuals.

Beijing has been working on its capability in the formulation of trade defence instruments since 2014. Back then, instruments – such as the Export Control Law – were considered to be complex pieces of legislation that sophisticated actors in international trade should have, but they weren’t considered to be a priority. Fast forward to the Trump Administration, however, and pieces of legislation that had been shelved were rushed into law to counter perceived US aggression in trade, and at least six laws and regulations that could be considered trade defence instruments were brought into law (2016, Foreign Trade Law; 2020 Foreign Investment Law; 2020 Unreliable Entity List; 2021 Rules of Counteracting the Unjustified ExtraTerritorial Application of Foreign Legislation & Other Measures; 2021 Personal Information Protection Law; and 2021 Anti-Foreign Sanctions Law).

Coming in at 16 articles long, the Anti-Foreign Sanctions Law has been touted by Chinese state media as a “long overdue legal weapon, needed to defer the West from interfering in China’s affairs.” Proponents of this line of argument make the case that the Anti-Foreign Sanctions Law is similar to the European Union’s ‘blocking statute’ – which was also designed to counter US sanctions – but that comparison ignores the fact that the EU’s blocking statute contains an appeal mechanism, while China’s Anti-Foreign Sanctions Law does not. What is clear, however, is that China now has a legal “basis for damages claims against multinational and Chinese companies who are seen as aiders and abettors if they comply with foreign sanctions to discriminate against China and its national interests,” according to Mini vandePol, head of Baker McKenzie’s Asia-Pacific compliance and investigations group.

Looking at geopolitics more broadly, China is late to the sanctions game and it has a much less expansive regime of counter-sanctions than the US and the EU. As a result, foreign companies shouldn’t be too surprised that China has taken steps to enhance its legal instruments in this area, as that is a part of being a sophisticated actor in international trade.

The big question is: How often will China use its new anti-foreign sanctions legislation, and how broadly? In the case of the EU’s blocking statute, it is more a piece of legislation that Brussels likes to have on its books to wield as a political tool rather than an actionable law. There is a good chance that the same is true for China’s new Anti-Foreign Sanctions Legislation. From a practical perspective, why would the Chinese Government go to the trouble of opening legal proceedings against a foreign firm – which would undoubtedly bring a foreign embassy into the fold – when a visit by the Public Security Bureau to the offices of that company in China to remind them of their patriotic duty would do just as well?

Therefore, the conclusion that one should draw is that the Anti-Foreign Sanctions Law has been brought in to operate as a political tool in the same way that the US, the EU, Australia, Canada and Mexico all utilise similar statutes. The difference in the case of China, however, is that in those other markets companies have access to legal recourse, which is not something afforded to them in the PRC.

What does the Anti-Foreign Sanctions Law enable the Chinese government to do?

It is not yet clear how Beijing intends to use this new measure. This ambiguity is difficult for foreign businesses in China because it further separates companies’ experience of dealing with China from other analogous markets, adding to their compliance burden. There are reports that MNCs in the market are beginning to develop their own China-specific standards and operations separate from their global operations to contend with the country’s unique legal landscape.

Companies should assume that the law has an extraterritorial effect, and if it doesn’t, that it will be used in conjunction with January’s Blocking Measures to achieve it

Taking the Anti-Foreign Sanctions Law as written, it empowers the State Council to do the following:

“[The] Relevant departments of the State Council” may claim damages or seize assets from companies deemed to be aiding the enforcement of foreign sanctions against China; note, the Law will be applicable in Hong Kong as well (Article 6).

Any organisation or individual deemed to be acting in such a way will find themselves on a blacklist (Article 4).

Those blacklisted could be denied entry into China or deported from the country. Their assets in China can be sealed, seized or frozen. Entities within China could be restricted from engaging in all forms of transactions, cooperation or other activities, potentially limiting the investment activities of blacklisted entities in China. Blacklisted individuals could find their relatives and the organisations of which they are senior managers or have control over placed on the list (Article 5).

Blacklisted individuals or companies have no grounds to appeal – the State Council’s decision is final (Article 7). However, the State Council does reserve the right to later suspend, modify or cancel countermeasures it introduces against an entity deemed to be in breach, if the circumstances change; the State Council is also required to announce publicly that it has taken this step (Articles 8 & 9).

Chinese individuals and companies (one should assume that this includes the Chinese subsidiaries of UK MNCs) are obliged to implement any countermeasures handed down by the State Council (Article 11), and any party found to have failed to implement the countermeasures will face further investigation to ascertain whether implementation is within its power or not, i.e. – why they haven’t done it. (Article 14).

The State Council will investigate cases where the Anti-Foreign Sanctions Law might have been breached in the event that a Chinese party files a lawsuit at the People’s Court accusing a foreign party of having damaged their business interests by adhering to foreign sanctions (Article 12). Significantly, the text of Article 12 does not define further the scope of whether a foreign party has acted against the interests of China, merely stating that China will act against “discriminatory restrictive measures taken by foreign countries against Chinese citizens and organisations”. It also does not define the scope of conduct constituting “implementation” or “assistance in implementation.”

Finally, companies should assume that the law has an extraterritorial effect, and if it doesn’t, that it will be used in conjunction with January’s Blocking Measures to achieve it.

China’s arsenal of trade defence instruments is becoming more sophisticated by the month, and the addition of the Anti-Foreign Sanctions Law only amplifies the risk to UK companies and individuals trading in and with China.

Whether the Anti-Foreign Sanctions Law will actually be used remains to be seen. For comparison, for all the concern surrounding the Unreliable Entities List, one remains to be published. Furthermore, CBBC is yet to hear from a company that has come under investigation under China’s ‘Blocking Measures.’

The main thing to consider is that the Anti-Foreign Sanctions Law serves the purpose of providing a legislative base to measures that China has taken already – i.e., the application of sanctions on foreign parties that it considers to be damaging its interests. As a result, companies are already aware of the threat and are beginning to act accordingly. It is also worth remembering that China has a whole host of other informal measures that it would probably deploy before utilising the Anti-Foreign Sanctions Law, such as inspections by the PSB. As a result, in all probability, a company would have ample warning before finding itself at the sharp end of these measures.

UK companies trading in and with China are advised to ensure that they remain well informed of their obligations in both markets concerning sanctions and their legal obligations surrounding business activities such as sourcing and conducting due diligence on the companies with which they are doing business.