How to succeed in the Design Intelligence Awards 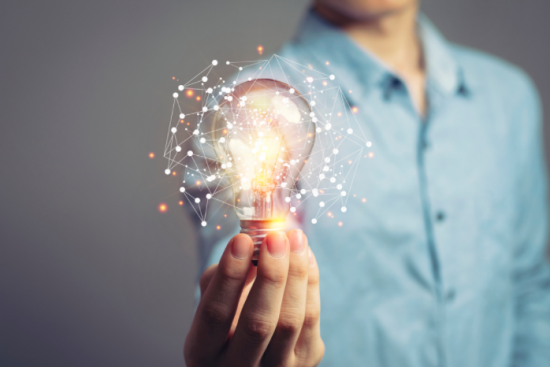 JOHN MATHERS, GRAHAM HITCHEN AND MAT HUNTER SHARE THEIR THOUGHTS ON WHAT MAKES UK DESIGN AND INNOVATION GREAT AND HOW DESIGN IS BEING LEVERAGED TO CREATE PRODUCTS THAT SOLVE REAL-WORLD PROBLEMS

The Design Intelligence Awards represent an opportunity for UK entrepreneurs to access global decision-makers, investors and commissioners, build their reputation internationally and grab a share of a £750,000 award fund. The companies that enter are reviewed and advised by a panel made up of some of the leading minds in the UK’s design-led and creative industries.

This year’s UK partners and judges come from a broad range of industries and backgrounds, with partners including Innovate UK, China Britain Business Council, Barclays Eagle Labs, Imperial College London and Plus X Accelerators, as well as previous award-winners.

FOCUS spoke to three of the 2021 DIA judges about the strengths of UK innovators and how UK businesses can succeed in the DIA.

John has been working in the brand and design industry for 40 years. He was CEO of the UK Design Council for five years from 2011-16, and in 2017, he co-founded The British Design Fund, a venture capital fund supporting well-designed British start-ups. He also co-founded the Innovate UK funded Design Age Accelerator and Healthy Ageing by Design.

In the four years that John has been involved in the DIA, he has seen the competition go from strength to strength, reaching over 7,000 applications last year. UK entries rose from just four in 2019 to around 100 in 2020. “The key thing I’ve seen is a drive towards purpose-driven design,” John says. “[Companies that do well] are enterprises and innovators who are doing things because they believe there is a need… there’s a problem to be solved or there’s a human issue that needs to be addressed, and they’ve got an idea that can actually do that.”

In considering this year’s applicants, he advises companies to consider the “higher purpose” of both design and innovation. “I’m a great believer that things should be design-led not technology-led. All too often, things fail because they’re technology-led not human insight-led.”

Graham is Associate Dean for Enterprise at Loughborough University London, and Head of Strategy for Innovate UK’s Audience of the Future and Creative Clusters programmes. He is an experienced adviser on creative industries, design and innovation, working with government agencies, cultural organisations, universities and cities to support the development of major projects.

“A successful creative proposition always has a strong combination of imagination or novelty but at the same time is achievable, is something that can scale.” — Graham Hitchen

Loughborough is a research-intensive university that also places a focus on instilling enterprise-based perspectives in students from the get-go and as a result, Graham believes the DIA is a great fit for its students. “It’s a great opportunity for some of our students who are themselves in the process of setting up a business, whether they are undergraduate or postgraduate students,” he says. Success in the awards not only offers external validation, but also introduces fledgling entrepreneurs to a global network or cohort just as they are starting out.

Graham also emphasises why design is important to business development. “One of the things design does is forces people who are building something or who have a smart piece of technology to pause … and to think from the beginning about how [their product] is going to be used,” he says. In terms of this year’s DIA, he is interested in novel ideas about how design can be used to redeploy existing technologies or apply them in new ways.

Mat Hunter is Co-CEO of Plus X, a network of innovation hubs that help ambitious businesses to grow. Plus X aims to accelerate the economic regeneration of towns and cities across the UK by connecting entrepreneurs, corporate teams and University researchers. He has been immersed in the world of global innovation for 25 years, first with pioneering consultancy IDEO in San Francisco and London, and then as Chief Design Officer at the Design Council where he worked with UK Government, non-profits and enterprise to address innovation challenges in healthcare, crime and education.

Over the years, Mat and his teams have found that there is often a lack of support for new physical design products. “We’ve supported innovations in the main that are environmentally focused and healthcare-focused, [although] it wasn’t our overt theme,” Mat explains. Many of the projects they have supported have been in the fields of novel or bio materials, for example.

Two of the start-ups he supported at accelerator and co-working space Central Research Laboratory — Mimica, which uses bio-reactive food labels to reduce food waste, and Bright Sign, which uses a smart glove to turn sign language into speech — were highly commended in the 2020 DIA. Mat says that he is consistently impressed by companies that consider solutions to the “big problems in the world.” “I am always looking for those ideas that push forward, because they really are possible these days.”