How much does the UK need China post Brexit? 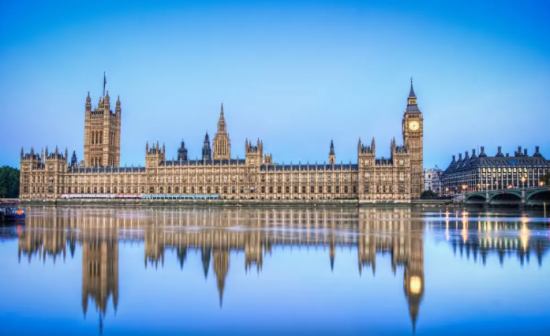 IN A NEW POLICY UPDATE, JOE CASH EXPLORES HOW THE HOUSE OF LORDS’ INTERNATIONAL RELATIONS & DEFENCE COMMITTEE INQUIRY INTO THE UK’S SECURITY AND TRADE RELATIONSHIP WITH CHINA IS SHAPING UP, AND HOW THE CONSENSUS VIEW IS THAT THE UK CANNOT AFFORD TO SELF-ISOLATE FROM CHINA – EVEN IF BEIJING ASKS LONDON DIFFICULT QUESTIONS AT TIMES

The political conversation on China in Parliament and across Whitehall has changed in recent years, and for a number of reasons. But that was always likely to happen following the UK’s departure from the EU, because the repatriation of responsibilities concerning China was bound to make the UK’s relationship with the market more visible to the British electorate – and more controversial.

Whereas trade was previously an exclusive competence of the European Union, the question of whether the UK trades more or less with China is now up to the politicians in Westminster. As a result, the Government is under more pressure than before to ensure that it balances how it articulates its normative principles and political interests with the economic case for continued engagement with China. This has seen the political conversation on China become more heated, and MPs from across the political spectrum are increasingly keen to convince the government of the importance – or lack thereof – of China to their constituents and hold its actions to account.

But come out of the Commons, and along the corridors of the Palace of Westminster, and the nature of the China debate changes again; for while MPs watch the government, the House of Lords scrutinises the motions passed by MPs. This briefing will explain why the House of Lords International Relations and Defence Committee has opened an inquiry into the UK’s security and trade relationship with China, how it is progressing, and what observers can take away concerning the political conversation on China taking place in the United Kingdom.

In February, the House of Lords International Relations & Defence Committee launched an inquiry into the UK’s security and trade relationship with China. Considering a range of issues, including its importance as a trade partner, the committee will publish a report considering China in this regard and whether the government’s position on China in its recently published Integrated Review is appropriate. This inquiry is the second parliamentary investigation considering the UK’s economic relationship with China to take place since the UK triggered Article 50 – the clause enabling its withdrawal from the European Union – and follows the House of Commons International Trade Select Committee inquiry into UK trade and investment with China in 2019.

These Committees play an important role in the parliamentary process by ensuring that bills and laws under consideration – including trade deals – are examined in detail by figures considered to be experts in the policy area under consideration.

In the case of the House of Commons, select committee members are voted onto committees by other MPs, and while party politics can disrupt the process (last year Conservative MP Julian Lewis had the whip removed for voting against party lines to see Chris Grayling, also of the Conservative Party, installed as chair of the Defence Committee), usually MPs are elected onto committees based on any prior experience they might have in that policy area. In the case of the House of Lords, this expectation is even more pronounced, with peers being appointed to the Lords – and subsequently onto committees – because they showed distinction in a certain policy area during their career.

Click here to read details of the academic, political and business perspectives arising from discussions on China in the UK