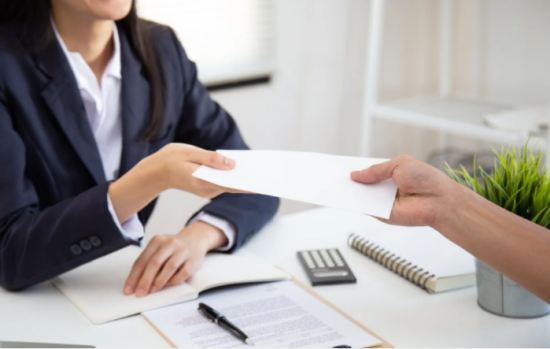 Joe Cash
THE COST OF HIRING A BRITISH OR OTHER FOREIGN NATIONAL IN CHINA IS SET TO GROW BY AS MUCH AS 30% BY 2022, DEPENDING ON HOW THE COMPANY STRUCTURES ITS CONTRACTS WITH FOREIGN WORKERS. JOE CASH EXPLAINS.

Next year’s increased costs of employing foreign workers comes as a result of changes to the Individual Income Tax (IIT) system planned for 2022, in line with amendments to China’s tax code that were first proposed in 2018. These changes will see certain allowances – such as the cost of rent, school fees and language training expenses – suddenly become taxable for companies that employ foreign employees, significantly increasing the human resource costs for companies seeking to post expatriate staff to China.

The Chinese authorities are replacing the previous IIT policy with a new system of special tax deductions, available to both foreign and non-foreign employees alike, which will be applied on a more equal basis but at much lower levels.

The impact of the tax changes will be significant and could double the amount on which a company is taxed if it wants to post an expatriate worker to China (see illustration below).

China proposed reforms to its IIT system at the beginning of 2018 when the government announced draft amendments to China’s Tax Code. As one of these amendments, the IIT Law was passed by the Standing Committee of the People’s Congress in June 2018, before coming into force in January 2019. The IIT Law was introduced with a three-year transition period to help companies and taxpayers move from the old IIT system to the new, but that transition period comes to an end in 2022. The amendments also included new rules modifying how China determines who is a tax resident, income tax brackets, and the ways and means China can tax people on their global income.

The following example shows how these changes to the IIT system will increase the amount on which a company is taxed were it to employ a foreign expert with an accompanying partner and two children in the highest IIT tax category (45%):

As the chart demonstrates, the amount the company will be taxed significantly increases under the new system as the ‘allowances’ have become taxable, whereas under the previous system they could be removed from the company’s tax bill. An assessment by the German Chamber of Commerce in China has concluded that this change to the IIT policy will cause the average mid-sized German company operating in China to have to start paying 30% more in tax if it continues to compensate its employees for housing and education, as many are currently contractually obliged to.

On the reverse, if the additional costs were to start being borne by the employee, the total reduction of the monthly net salary would be around 11%, according to the German Chamber’s study. But depending on the personal situation of the employee, this could increase to as much as 50% if benefits constitute a larger part of their remuneration.

Comparing the old IIT system with the new

Salary Deductions: Workers in China are entitled to deduct a portion of their salary from the income on which they pay tax. Under the previous IIT system, resident individuals could deduct 3,400 RMB (£375) per month from their taxable salary, while non-resident individuals could deduct 4,800 RMB (£530). These have been brought in line so that all individuals will be entitled to deduct 5,000 RMB (£550) from their income before tax.

Six-year Rule: Foreigners will no longer have to leave the country every 5 years to avoid having to pay tax in China based on their global income. This has been increased to every 6 years. This policy should benefit consultants who base themselves equally between China and elsewhere and draw a salary in both.

Special Additional Deductions for Specific Expenditures: Certain ‘allowances’ that foreigners were able to claim before calculating how much tax they owed are being phased out:

Whereas under the Old IIT System, foreign employees who are China tax residents could claim a tax exemption; under the New IIT System they will only be able to claim itemised deductions, meaning that these costs will be reflected in their final tax bill. These deductions are worth far less than the previous exemption. For housing rent, for example, under the previous IIT system, expats could claim the value of up to one-third of their salary in ‘Housing Allowance.’ Under the incoming IIT system, this will be changed to a 1,500 RMB per month ‘Housing Rent’ deduction from their final tax bill.

Over the last few years, the number of foreigners working for UK companies in China was already declining. Foreign businesses in China are now expressing concerns about the impact of the new IIT system.

A recent survey carried out by the European Chamber of Commerce China on the cancellation of the tax allowances found that the majority of respondents expect to cut their foreign employed staff by 25% or more. In the same survey, 42% of respondents said that they were considering shifting investment out of China as a result.

UK companies in the advanced manufacturing and hospitality sectors are generally more inclined than those in other sectors to have foreign employees on their books. Companies in these sectors also happen to be amongst the UK’s largest trading companies with China. As a result, some of the UK’s largest exporters to China are among those most likely to be affected by the looming tax system changes.

The upcoming changes to the IIT system will likely also disincentivise multinational companies from putting foreign workers in leadership positions, as it will become significantly cheaper for a company to appoint a Chinese national in their place: Chinese nationals tend not to need financial support towards accommodation and schooling for any children they might have.

Businesses are already reporting considering relocating their Asian regional headquarters to other markets, such as Singapore, which offers more preferential conditions to foreign investors and employers

The cancellation of non-taxable allowances for companies that employ foreign employees will significantly raise HR costs for companies, deter expatriate assignments, and negatively impact foreign investment in China from 2022 onwards. CBBC plans to make a representation to China’s Ministry of Commerce on the issue.