Episode 8: How the urban-rural divide threatens China's rise out of the Middle Income Trap 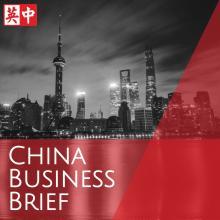 China's population is now 1.4 billion, but more than 800 million people live in rural areas. They are workers, the families of migrant workers, the elderly, and the children that reside in villages and migrant communities across the nation. They are Scott Rozelle's "Invisible China". But how do these people fit into the China Dream and the state's plans to become an economic super power?

In this episode, Joe Cash speaks to Scott Rozelle, a professor at Stanford University, whose research focusses on the economics of poverty and inequality. Scott is the author of a new book titled "Invisible China", in which he argues that while China has managed to transform its Eastern seaboard into a modern, urban technologically, savvy economic powerhouse, unless the state acts to provides similar opportunities in its Western provinces the country may find itself stuck in the Middle Income Trap.

Listen to this episode here.

Browse all of the episodes in this series here.