DOES CHINA HAVE A WELFARE SYSTEM? 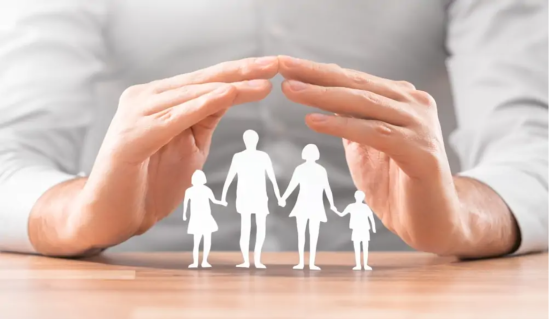 CHINA’S WELFARE SYSTEM ORIGINATES FROM THE EARLY YEARS OF THE MAO ERA, BASED ON THE SOVIET SOCIALIST MODEL DESIGNED TO PROVIDE CARE AND SOCIAL SECURITY FROM CRADLE TO GRAVE. TODAY, THE WELFARE SYSTEM IS CONTENDING WITH ISSUES LIKE RURAL-URBAN MIGRATION AND THE THREE CHILD POLICY, WRITES CHARLOTTE MIDDLEHURST

In recent years, Beijing has made the eradication of poverty one of its primary goals, giving rise to significant reforms to support citizens living on society’s margins. At the same time, the government is confronting several pressing economic and demographic challenges. These include a rapidly ageing society with a growing need to protect the elderly and those in ill-health. It is also seeking to replace the gap in social security once provided by state-owned enterprises that have been in decline since being broken up in the post-1980s reform era.

By 2025, China’s welfare spending could rise to over a third of gross domestic product. The Ministry of Human Resources and Social Security has committed to expanding its programme of welfare expansion across childcare, education, employment, medical services, elderly care, housing and social assistance, but serious obstacles remain. Here is a snapshot of the current policy paths being undertaken.

Urban migration
China’s “hukou” system requires residents to register in a particular area. For sixty years, the policy has been a key determinant of access to public services and protection from the state. In cities, where competition for resources is fierce, an urban hukou is needed for everything from health insurance and school and university places, to certain jobs and even to buy property.

First introduced in 1958 in the early years of the Communist regime, the hukou (literally translated as “household individual”) was envisaged as a modern way to track the population and control internal migration across a vast country. In 1985, it was extended into physical form through the creation of ID cards.

More than half of the Chinese population now live in cities, but only 35% of city dwellers have an urban hukou. It is estimated 250 million migrant workers lack access to social payments, whether for children’s education or medical assistance.

“A lot of the problem with migrant workers that go from the rural areas into the cities is that they are not incorporated into the welfare system,” says Professor Jane Duckett, Edward Caird Chair of Politics at the University of Glasgow, who specialises in Chinese politics and social policy. “They are not entitled to those kinds of benefits. Although the trend has been to push employers to give better contracts to those people and include them on that basis.”

In recent years, hukou policy reform has shifted in a direction that makes it easier for migrant workers to gain access to welfare. In 2014, the Chinese government created its “new urbanisation plan,” which promised to assist over 100 million residents in the process of swapping their documentation, for example.

But some provinces are reforming faster than others. According to Professor Duckett: “There are some parts of the country that are more dependent on migrant labour and therefore are doing more to provide for this group. Guangdong and Zhejiang [in the south east] tend to provide more for migrants whereas other areas such as the ‘rust belt’ in the northeast do not.”

Meanwhile, many rural areas have been locked out of China’s “economic miracle”, and lifting rural welfare has become a hot button issue for President Xi Jinping. Since 2010, “barefoot social workers”, a flagship programme to assist remote communities, have been deployed to rural areas, with over 600,000 in the field as of the start of 2019. However, the system falls short, with Chinese social policy experts saying many social workers lack proper training, citing inefficient local enforcement of national strategies.

“The focus of the child support system has shifted from helping the neediest children to striving for universal welfare,” Zhang Rongli, a professor at China Women’s University and a renowned expert on children’s rights and welfare, told Sixth Tone last year.

1-2-3 child policy
In May 2021, couples in China were allowed to have three children following a sharp decline in birth rates stoking fears around the economic implications of an ageing population and dwindling numbers of those of working age. A two-child limit was in place from 2016, replacing the decades-old controversial one-child cap on family planning that applied to all but the wealthiest. “Like in most countries, declining working populations [in China] are finding it increasingly challenging to support growing retired groups,” Mark Tanner, managing director of The China Skinny, explains. “Chinese have traditionally supported their parents in their old age. But that role was once shared amongst many children, so the burden is far greater on the only-child generation. On top of that, the average Chinese retirement age is 54, and people are living longer — jumping from 44 in 1960 to 77 today. Together, [these factors] are nothing short of some of the most extreme imbalances to support elderly anywhere.”

However, removing the restrictions on the number of children a family can have has failed to lead to an upsurge in births, as would-be parents say they are deterred by the rising cost of raising children in cities. Experts suggest that recent policy moves such as the ban on after-school tutoring and exam cramming schools and controlling house prices will have more of an effect on the birthrate than the three-child policy.

There is speculation that China could soon remove all birth restrictions entirely. But such a move could lead to a cascade of other problems and exacerbate the wealth disparity between rural and city residents, as women living in richer cities delay or avoid having children while those in the country follow tradition and have larger families. It could also worsen discrimination in the job market. “Social pressure in China is significant. But many people do not have the money, time or energy to have more children,” says Xizi Luo, a PhD student in the Department of Economic History at LSE. “The labour market also still has a strong underlying discrimination against pregnant women. Households need to balance the potential income reduction and cost increase when they make the decision [to have a child].”

Unemployment
The world’s largest means-tested form of basic income, known as dibao (short for “minimum livelihood guarantee”) was created in China in the 1990s, and provides unconditional cash transfers and benefits to recipients whose income falls under a threshold set by local governments.

The number of dibao recipients has been shrinking since 2011 in both urban and rural areas, partly because of local government funding constraints and resistance from the public who believe welfare decreases incentives to work, according to analysts.

Prior to the reform of giant state-owned enterprises that culminated in the 90s, many Chinese workers enjoyed job security and full cradle-to-grave benefits under what has been nicknamed the “iron rice bowl” system. It was not uncommon for on-site medical care and childcare to be included. But since the reforms, China has failed to provide a strong unemployment insurance programme.

“There had been a lot of cooperative schemes in the 60s and 70s, but they collapsed in the early 80s and weren’t replaced until 20 years later. It hasn’t been a priority,” Professor Duckett says. “Officially, 90 to 93% of the population have some form of health insurance but one of the problems is that as an employee or a social official then your scheme is much more basic. What [the Chinese government] has done in the past decade is to merge the urban-rural scheme to help with mobility; they have been trying to break down the barriers in those two systems.”