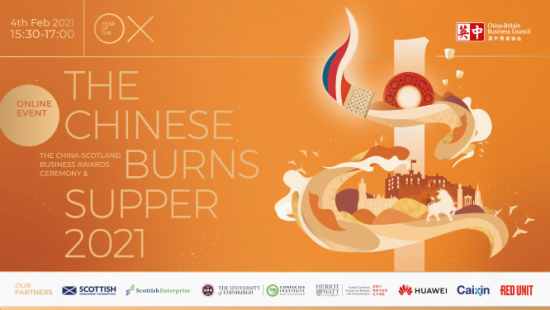 4th February, 2021 -- Scotland’s burgeoning business ties with China have been celebrated once more at the annual awards ceremony for companies and entrepreneurs that have achieved notable success in trading with the world’s second-largest economy.

Like so many other events, this year’s celebration of Burns Night and Chinese New Year -- held by the China-Britain Business Council in partnership with the Confucius Institute for Scotland and Scottish Development International -- took place online. Even so, the variety of companies receiving China-Scotland business awards -- now a fixture in Scotland’s corporate calendar -- once again demonstrated the health of the two countries’ economic relationship.

In advance of the Awards ceremony itself, support from the Confucius Institute for Scotland in the University of Edinburgh enabled there to be a strong cross-cultural programme of entertainment, most notably in the form of two specially commissioned pieces of music from the FilipKimho Duo along with seasonal greetings from the Confucius Institute and the University’s Principal, Prof. Peter Mathieson.

Also speaking at the event was CBBC Chair, Sir Sherard Cowper-Coles, who drew attention to the thousands of jobs in Scotland that now rely on its links with China, and looked forward to this year’s COP26 climate change summit as another opportunity to showcase those ties. In his remarks, he paid tribute to the award winners and nominees:

“The variety of contenders for awards this evening alone is testament to the broad range of sectors in which Scottish businesses now engage with China, from engineering to education to high-end retail,” Sir Sherard said.

“Highlighting areas where Scotland, and the broader UK, can co-operate to mutual advantage is becoming ever more important,” he added.

The remarkable performance of Scottish exporters in maintaining high levels of sales to China last year, despite the pandemic, was typified by Ireland Alloys, named as Exporter of the Year. The company, which specializes in recycling and selling superalloy scrap, achieved £1.3 million worth of exports last year, in part thanks to its careful research into the Chinese market.

The Award for Climate Action, a new category this year ahead of COP26, was given to Wood, a global leader in consulting, projects and operations solutions in energy and the built environment. Wood, which employs more than 600 people in seven Chinese cities, has had considerable success offering decarbonisation and digital technology solutions to Chinese clients who are exploring transformation that will have a positive impact on China’s decarbonisation efforts.

Scotland’s growing educational links with China have been a major success story in recent years, and are recognized by the Educational Partnership of the Year award. This year’s award went to the University of Glasgow and the University of Electronic Science and Technology of China (UESTC). The joint institute, located at UESTC’s Qingshuihe campus in Chengdu, now has over 2000 students, encompassing three dual-award undergraduate BEng (Honours) degree programmes, as well as a recently launched dual PhD programme. It offers high-quality programmes which combine the best features of the UK and Chinese university systems and draw on the unique strengths of each institution.

This year’s Chinese Investor of the Year award went to Logan Energy, which specializes in the delivery of engineering solutions for integrated hydrogen technology systems. It has attracted £1 million of investment from Henan Lanxing Power Equipment Co to help develop the hydrogen market in China, where there is currently no other hydrogen tech specialist on a par with Logan.

The last award for Entrepreneur of the Year was handed to James Buchan, who founded Dundee-based Zudu in 2014 to focus on digital marketing, development, and strategic consulting for both the UK and Chinese markets. By combining the skills of both British and Chinese development, marketing and growth experts, Zudu helps organisations reinvent their digital profile and implement results-driven online and offline strategies for their target market. The company is notable for its success in growing Scotland’s brands and culture recognition in China.

Exporter of the Year - Ireland Alloys 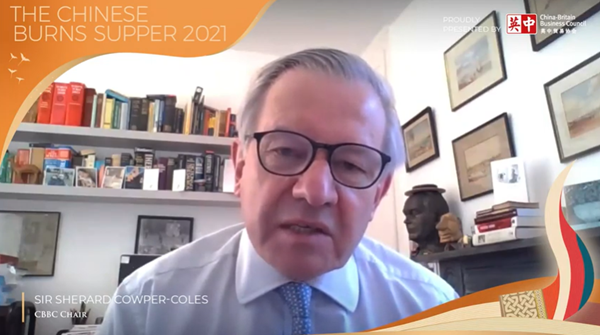 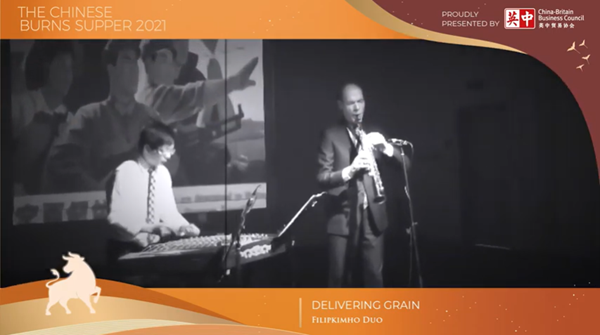 Our audience enjoyed 2 pieces of cross-cultural music, specially commissioned by The Confucius Institute for Scotland in the University of Edinburgh, from the FilipKimho Duo 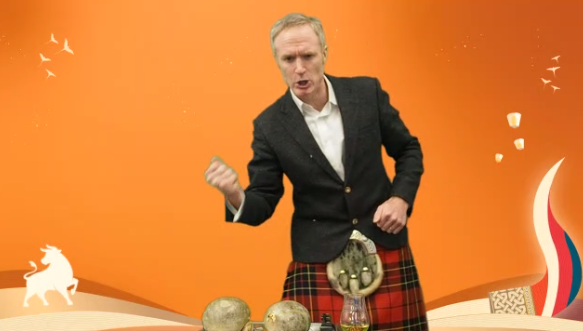 CBBC's Commercial Director of Industrial Economy, James Brodie shares a rendition of Robert Burns' Address to a Haggis in both Scots and Mandarin 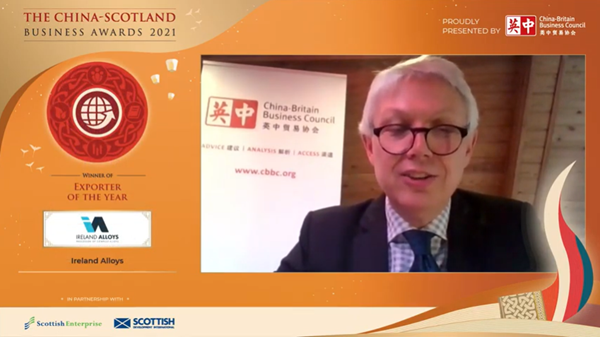 CBBC Chief Executive, Matthew Rous announces that Ireland Alloys is the winner of the Exporter of the Year Award