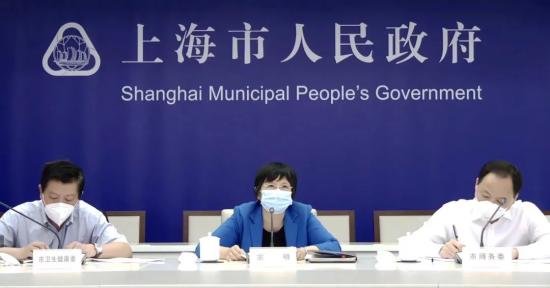 Tom Simpson thanked SCOFCOM and the Vice Mayor for the support CBBC and its members had received during what has been a challenging three months for UK business. On behalf of CBBC, Tom raised a set of concerns relating to flight resumption, visas for foreign nationals, and Shanghai’s quarantine policies.

Officials from Shanghai Municipal Government departments and agencies also responded to the appeals and expectations from six CBBC member companies.

Mr GU Jun, Director General of SCOFCOM, presided over the meeting inviting representatives from a number of different departments to respond to each point raised. In Vice Mayor ZONG’s remarks, she expressed appreciation for CBBC and member companies for the strong support towards the covid response and for their confidence in the city of Shanghai.

Any CBBC members who wish to find out more about the issues raised and responses provided during the meeting are encouraged to get in touch.