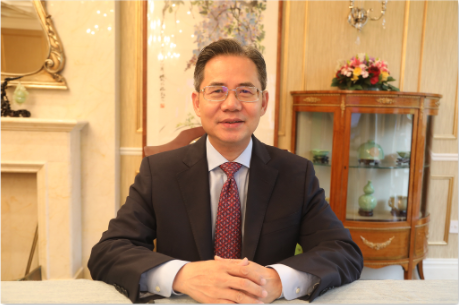 On June 18th, Ambassador Zheng Zeguang met online with Lord Sassoon, Peer of the House of Lords and President of the China Britain Business Council (CBBC), and Sir Sherard Cowper-Coles, Chair of CBBC. They exchanged views on issues including enhancing the cooperation between China and CBBC.

Lord Sassoon and Sir Sherard congratulated Ambassador Zheng on assuming his duties in the UK and reaffirmed CBBC's commitment to promoting exchanges and cooperation between the UK and China. 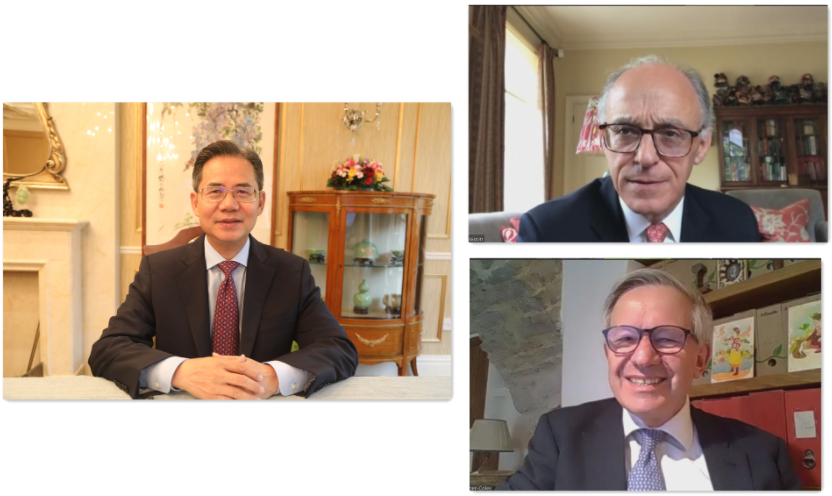 Ambassador Zheng expressed his appreciation to Lord Sassoon, Sir Sherard andCBBC for their positive efforts over the years in improving and strengthening China-UK relations. Noting that China will celebrate the centenary of the founding of the Communist Party of China, Ambassador Zheng said that the Chinese people led by the CPC achieved historic and remarkable progress over the past 100 years. He said that the Chinese people are fully confident in the development path of their own choice and China is committed to peaceful development and stands ready to develop friendly cooperation with countries around the world to jointly build a community with a shared future for mankind.

The Ambassador said that China is the first country to have successfully put Covid-19 under control, and its economy has withstood the impact of the pandemic by maintaining steady growth. Talking about China-UK trade and two-way investment which have registered record growth since last year, Ambassador Zheng noted that this highlighted the resilience and potential of the cooperation between the two countries. He went on to emphasize that the UK should see China as an opportunity, not a threat. The two sides should respect each other's core interests and major concerns, focus on cooperation and handle differences properly so as to ensure the sound and steady development of China-UK relations. China values the role of CBBC and stands ready to maintain close communication with CBBC, he said.