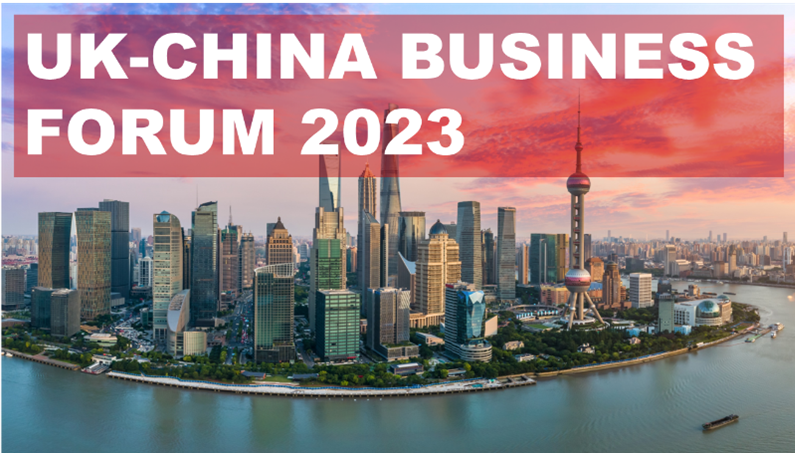 Venue: 10 Union Street, London
With brightening prospects, and the resumption of China travel connectivity in 2023, there has never been a better time to look ahead to the outlook for UK-China business. Join the China-Britain Business Council for this timely opportunity to explore UK-China trade relations, the policy environment in both countries, and how UK businesses can capitalise on green trade and investment opportunities.

China is the second largest global economy and the UK’s third largest trading partner. Many UK businesses have found huge success in the China market. But the global economic slowdown, the covid pandemic, and geo-political tensions have all had an impact on the environment for international business there.

Our line-up of senior speakers from business, academia and government will discuss the prospects for trade with China supporting post-pandemic economic growth, revitalising UK exports, and stimulating regional investment opportunities.

Indeed, China and the UK face many of the same challenges: rebuilding economic growth while making the transition to Net Zero, dealing with technological change, and addressing growing disparities in regional economic development.

Business links and trade and investment have a key role to play in tackling these challenges, though the investment, technology and expertise they mobilise: helping to accelerate the transition to a greener economy, catalyse innovation, and tackle regional inequalities.

Sustainable Trade in the Digital Age

Centring on the theme of ‘Sustainable Trade and Investment in the Digital Age’, this full day conference will explore the current state of UK-China trade relations, the policy environment in both countries, and how businesses can capitalise on green trade and investment opportunities in the post-Covid era.

The conference will provide a balanced analysis of key issues from leading China analysts and senior company executives. It aims to help attendees develop practical strategies for what will soon be the world’s largest economy, against the backdrop of a complex and fast-changing global environment

Tickets for the UK-China Business Forum are now on sale. Early bird rates for CBBC Member and Standard places are available until 10th February 2023: 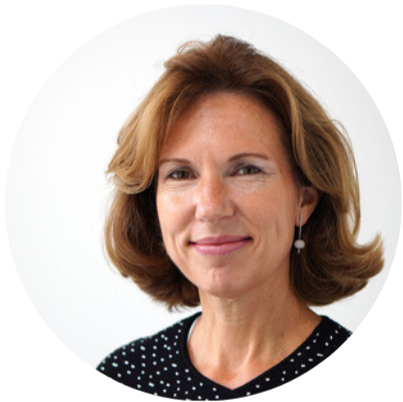 Caroline Wilson DCMG took up her post as British Ambassador to the People’s Republic of China in October 2020. Caroline joined the Foreign, Commonwealth & Development Office in 1995 after qualifying as a Barrister-at-law. She completed Mandarin language training at Beijing Normal University before taking up her first role overseas at the British Embassy in Beijing from 1997 to 2000.

Caroline was posted to the UK Representation to the European Union in Brussels in 2001 and served as Private Secretary to the Foreign Secretary from 2004 to 2006. Caroline was then seconded to the Cabinet Office European Secretariat as Deputy Director. From 2008 to 2012 she served at the British Embassy in Moscow as Minister Counsellor.

Caroline then went on to become Her Majesty’s Consul General to Hong Kong and Macao from 2012 to 2016. Returning to London, Caroline was appointed Europe Director at the FCDO, a role she held from 2016 to 2019. Caroline is fluent in Mandarin. Her Chinese name is 吴若兰.

Janet Henry was appointed as HSBC’s Global Chief Economist in August 2015 and is responsible for all HSBC’s economic forecasts and thematic economic research output globally. She was previously HSBC’s Chief European Economist. Much of her research has focused on globalisation – including the global determinants of local inflation – and the political and economic challenges of the post global financial crisis era, notably labour market disruption and the implications of income and wealth inequality within major advanced economies. Since the COVID-19 pandemic, her work has focused on the labour market implications, evolving inflation dynamics and policy challenges of the unprecedented recession and recovery.

Janet is a Governor of the UK’s National Institute of Economic and Social Research, a member of the World Economic Forum’s Chief Economists Community and a Non-Executive Director of HSBC Bank UK plc. She has given evidence to financial committees of the EU Parliament on China and UK House of Lords on Europe. Janet joined HSBC in 1996 in Hong Kong where she worked as an Asian economist in the run-up to, and aftermath of, the Asian crisis. 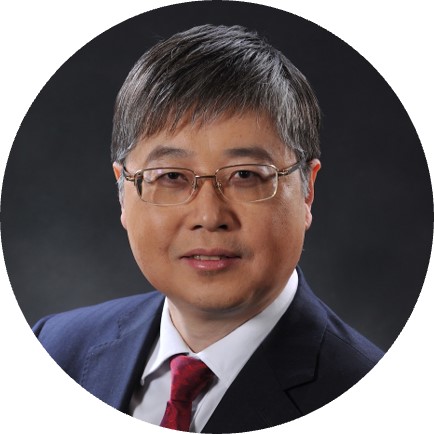 Dr. XU Bin is Professor of Economics and Finance, Wu Jinglian Chair Professor in Economics at China Europe International Business School (CEIBS). He received his Bachelor and Master degrees from Fudan University and PhD in Economics from Columbia University. Before joining CEIBS, Dr. XU was a tenured faculty member of the University of Florida. He also taught as a visiting professor at the University of Virginia, and worked as a consultant for the International Monetary Fund and the World Bank.

Dr. XU’s current research focuses on the global and Chinese economy, multinational enterprises in China, and trade and finance Issues of emerging markets. He has published extensively in both international and Chinese journals, and was named to the “2021 List of Highly-Cited Chinese Researchers” by Elsevier. Dr. XU is the author of two books, International Trade and Applying Macroeconomics, and the founding editor-in-chief of CEIBS Frontier Views Book Series. 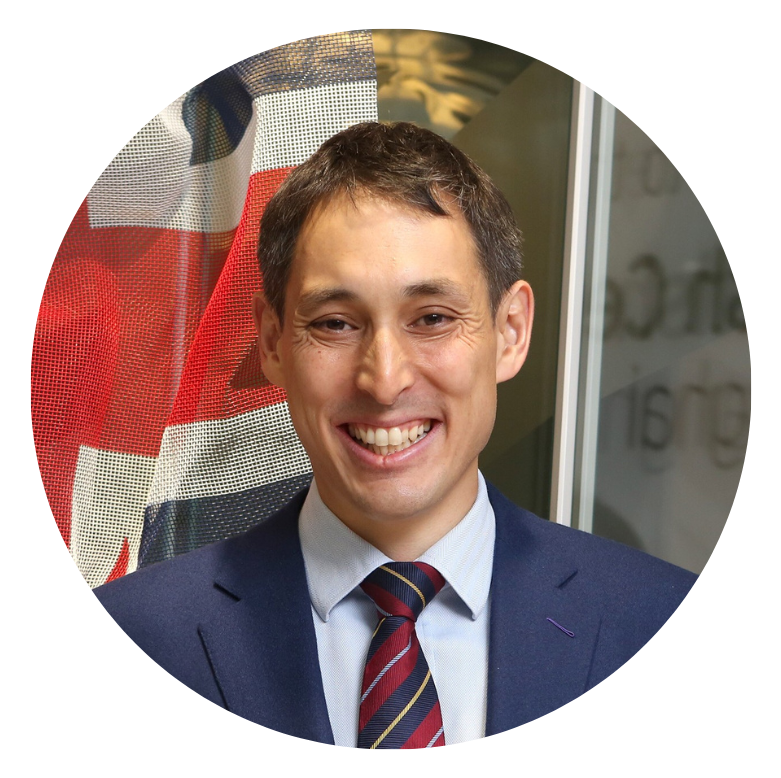 John is one of the 9 Trade Commissioners appointed by the British government to promote the UK in important global markets. As the head of the Department for International Trade in China, John leads bilateral trade and investment policy and promotion, working closely with Her Majesty’s Ambassador in Beijing to advance UK national economic interests.

John has 27 years of experience working for the UK government, with more than 15 years spent in China. He was first posted to Shanghai and Beijing in 1998 and since then has held a number of senior posts including as HM Consul General in Shanghai (2015-19) and Minister Counsellor at the British Embassy (2012-15). John has led teams across China dealing with science and innovation, energy, climate change and health policy. As Consul General in Shanghai he was responsible for the trade and investment relationship across East China.

Before his most recent postings in China, John worked as speechwriter for three Foreign Secretaries and was posted to Jerusalem as Deputy Consul General. 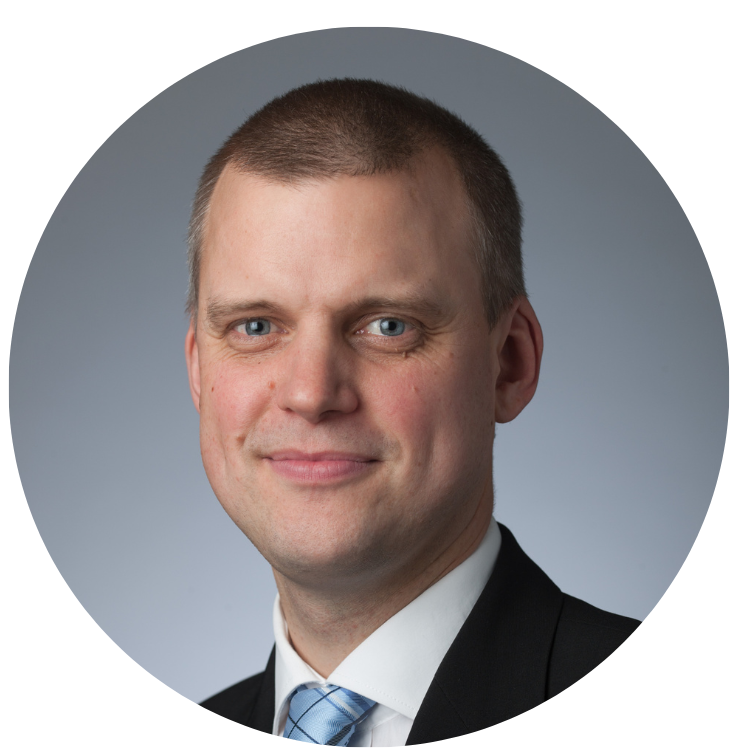 Dan supports abrdn’s global investment vector to protect and enhance investment performance through integrating ESG and sustainability in all elements of the investment process via the creation and oversight of standards and market leading frameworks. Dan represents abrdn on the Global Real Estate Sustainability Benchmark (GRESB) Standards Committee, plus a number of Investment Association sustainable finance working groups. Dan is also a board member of the UK Better Building Partnership. Dan joined abrdn in 2013 from WSP Group where he had responsibility for the Sustainable Real Estate team delivering practical sustainability solutions for investors. Prior to that, Dan worked for RPS Consultants with a focus on the environmental management of corporate mergers and acquisitions.

Dan graduated with a BSc in Environmental Geology from Sheffield University, and holds an MSc from Manchester University in Urban Geoscience. 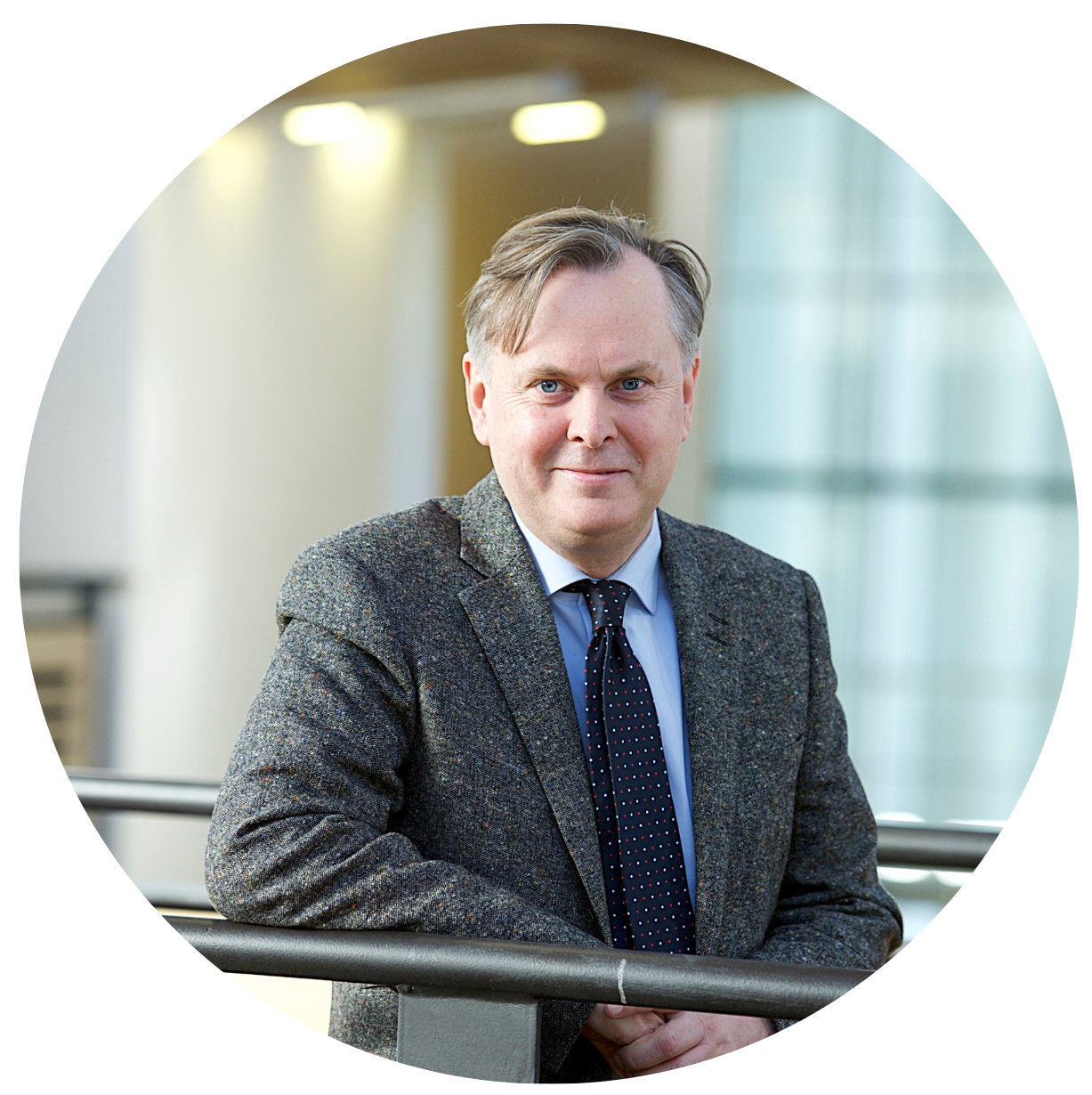 Professor Simon Guy has been Pro-Vice-Chancellor Global (Digital, International, Sustainability, Development) at Lancaster University since summer 2019. Prior to this, he was Dean of the Faculty of Arts and Social Sciences (FASS) at Lancaster University from October 2014 and in 2017-18 was seconded as Interim Principal/CEO for University Academy 92.
Simon was previously Head of the School of Environment, Education and Development and founding Director of the Manchester Architecture Research Centre at the University of Manchester, and before that Dean of Research in the Faculty of Humanities at the University of Newcastle.

Simon began his career as a BBC engineer, before beginning his academic life pursuing studies in the humanities and social sciences, followed by a research career which has focused upon sustainable urbanism, where his interdisciplinary and international research connects architecture with urban planning, the property sector with utilities, academia with industry.

Simon has published around sixty refereed articles, over thirty book chapters and six books. He has been responsible for around £4.5 million of research income from a variety of sources including RCUK, European and Industry. He has established links with academics in North America, Asia and Europe and has held research fellowships in Tokyo, Paris, Berlin, Graz, Leuven, California and Singapore. 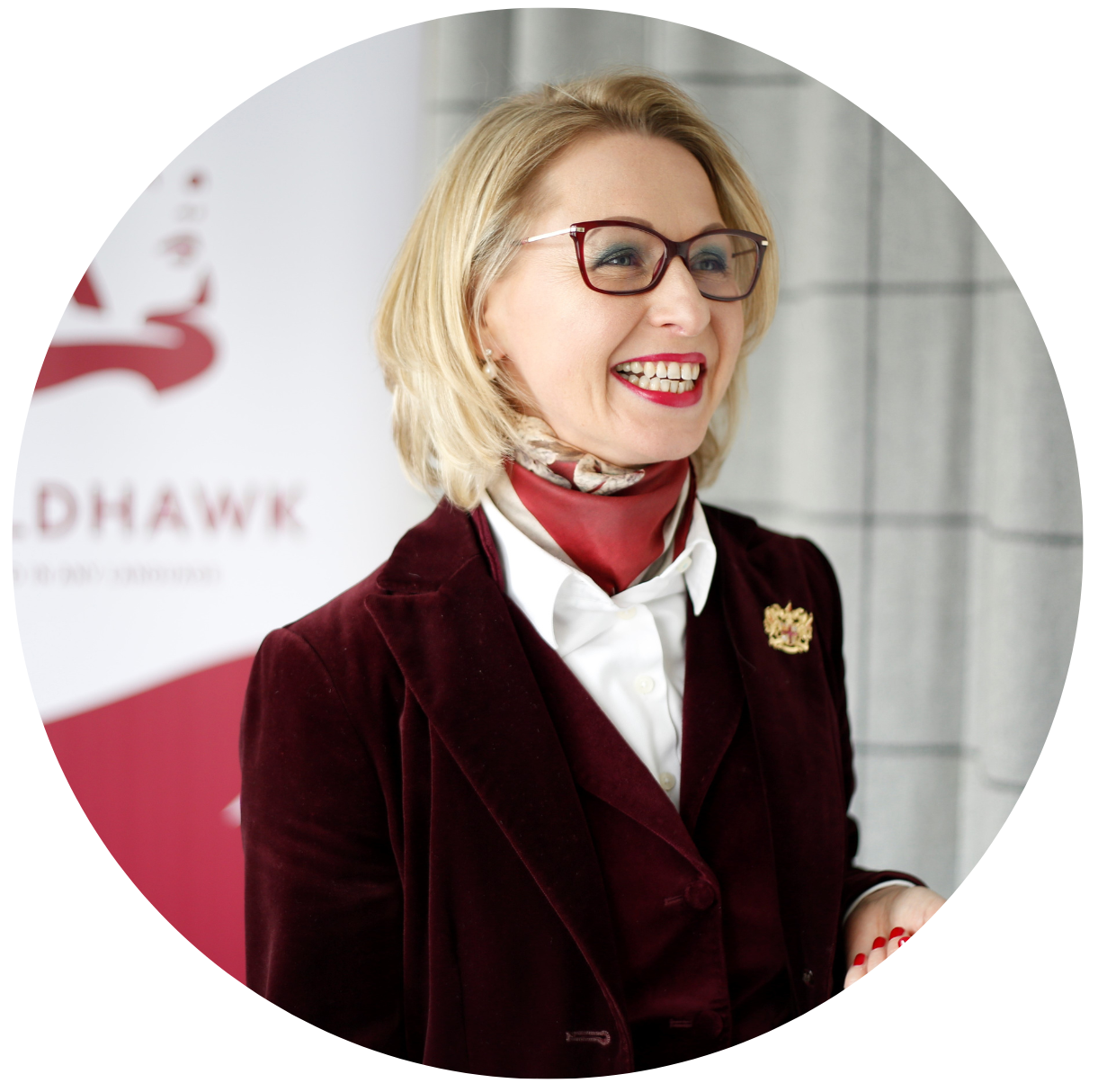 Jurga is the Founder and CEO of Guildhawk and was named among 8 women who made history in the technology world. In 2019, she was honoured by Queen Elizabeth with the MBE for International Trade. Her Majesty also honoured Guildhawk with the Queen’s Award for International Trade. She established a JV with Gammon Construction HK to create new technology to improve safety on construction sites. This year, Jurga launched Evernoon Technologies in Hong Kong.

Beyond technology, she is passionate about protecting our planet and helping young people. Sheffield Hallam University formed a partnership with Guildhawk and appointed Jurga as entrepreneur in residence to inspire the next generation of coders and entrepreneurs. To support young musicians in the Year of the Water Rabbit, Jurga, her husband David and their bandleader friend Alex Mendham and his Orchestra are releasing a magical album of 1920s songs, translated into Chinese for the first time.

During a thirty year career in journalism, Jon Williams has covered some of the biggest stories of our time.

As Foreign Editor, first of the BBC, then of the US network ABC, spent a decade leading the broadcasters’ reporting of the wars in Iraq and Afghanistan, winning two Emmy Awards for coverage of the Syrian Civil War and the resulting refugee crisis. As World News Editor, in 2006 Jon moved BBC News’s Asia-Pacific headquarters to Beijing, later doing the same for ABC.

From 2001-2003, he was the main broadcast producer of BBC’s ONE’s Six O’clock News before becoming the UK News Editor, leading the BBC’s response to the 7/7 London transport bombings in 2005.

Until last summer Jon was Managing Director, News & Current Affairs at Ireland’s public broadcaster, RTÉ. He led the creative renewal of RTÉ News, transforming the broadcaster into a ‘digital-first’ news organisation, the market leader on radio, on TV and online, and Ireland’s most trusted news provider.

He returned to London in September, where he is currently writing a book due for publication in the autumn.

More speakers to be confirmed soon!

We are pleased to announce HSBC as our headline sponsor for this event. We also welcome Invest Hong Kong and Oxford International Education Group as plenary and panel sponsors for the event. A limited number of session sponsorship opportunities remain for the Forum.

If you are interested in raising your visibility across the CBBC network, please download our sponsorship pack here for more details on opportunities.

If you have any questions about the UK-China Business Forum, please contact CBBC directly at Chris.Lethbridge@cbbc.org