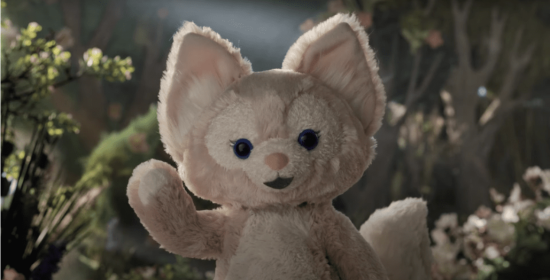 WHY ARE PEOPLE IN CHINA GOING CRAZY FOR A PINK FOX CALLED LINABELL THAT DEBUTED AT SHANGHAI DISNEYLAND, AND WHAT CAN BRITISH CARTOON BRANDS LIKE PEPPA PIG LEARN FROM HER POPULARITY?

Unlike Mickey Mouse or Elsa from Frozen, LinaBell has never appeared on the big screen; yet this fluffy pink fox has still captured the hearts of thousands of visitors to Shanghai Disneyland — as well as millions of Internet users (as of 16 December, the Weibo hashtag for LinaBell had been viewed 610 million times). LinaBell is both a life-sized character, appearing in the Disney parade and in selfie spots around the park, and also appears on a range of different branded products (many of which sold out almost immediately after her launch).

LinaBell is part of the Duffy and Friends plush toy line, the first character to debut at a Disney park in Mainland China. Duffy and Friends launched with Duffy the Disney Bear at Walt Disney World Florida in 2002, and is now primarily sold at Disney parks in Asia, including Shanghai Disneyland.

According to Disney’s official announcement, LinaBell “is a fox with an inquisitive mind and the intelligence that supports it. She finds joy and excitement in solving problems and mysteries.” This messaging seems to have resonated with Gen-Z Chinese women, many of whom have posted about the pink fox on platforms like Xiaohongshu.

LinaBell taps into a current preference among Chinese consumers for cute and childish things, known as ‘meng culture’ or cute culture, which can be considered similar to the Japanese concept of kawaii in Japan. Some have suggested that cute culture has caught on with millennials and Gen-Z as a sort of therapeutic escape from the extreme pressure many experience as part of China’s intense work environment. Indeed, many posts on Weibo about LinaBell are notable for the use of words like “cure” and “restore.” Big brands — including luxury brands like Louis Vuitton — are taking note of this trend and launching collaborations with cartoon characters targeted at the Chinese market.

For British cartoon brands like Peppa Pig, which has already found substantial success in China, LinaBell’s launch offers a lesson in the importance of sensitively localised characters. The character is seen as being made ‘in China, for China’ (although it will launch in Tokyo and Hong Kong in 2022), and at least one of the actors who plays the character at meet and greets has been praised for communicating with visitors in different dialects of Chinese. Disney’s slogan in China is “Authentically Disney, Distinctly Chinese,” and this approach has made the park substantially more financially successful than the ones in Hong Kong and Tokyo.

Finally, as The China Skinny pointed out, the character’s success also offers a lesson in timing launches for the Chinese market. The character was introduced on 29 September, just days before the week-long National Day Holiday starting on 1 October, which saw thousands of tourists visit Shanghai Disneyland. Tying a major launch into a national holiday like Chinese New Year or May Day can be a good way to tap into increased consumer spending, although brands have to think strategically about marketing to avoid getting lost in the noise.