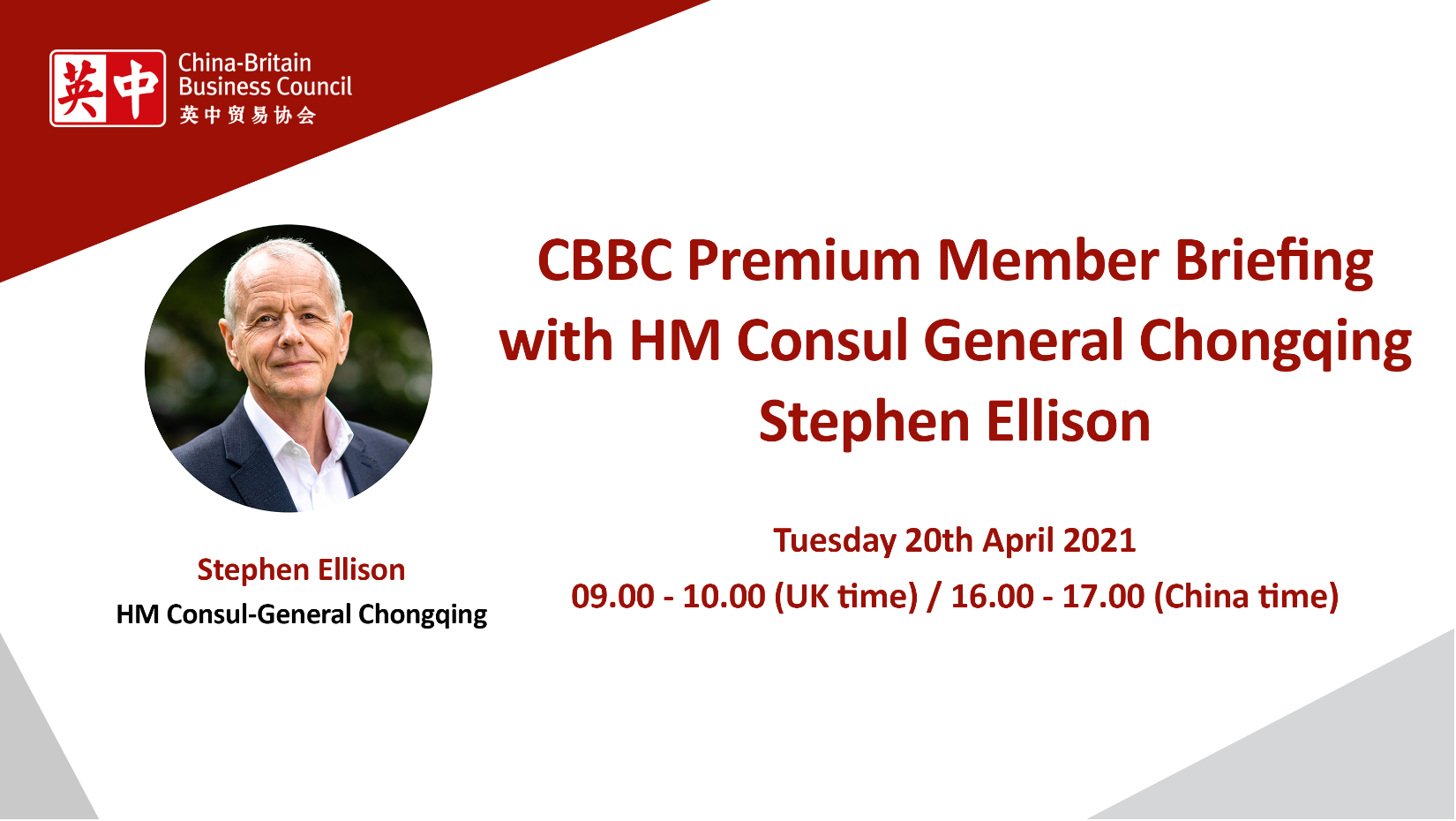 Stephen started his role as British Consul General in Chongqing in October 2020 and leads the British Government’s engagement in south west China.

During this session Stephen will provide an update on the latest in his region followed by a live discussion with members on the line.

This session is the third in our 2021 series of HM Consul-General briefings. We will be speaking to Jo Hawley, Consul General of Guangzhou in the following month.

We will also be looking to reengage with the HM Consul-Generals in Shanghai, Wuhan, Chongqing and Guangzhou in the second half of the year.

Should members have any questions or specific areas that you would like to be covered in the discussion, please send details to Isabel.Curnock@cbbc.org.

Before this, Stephen was Minister Counsellor and Director for the Department for International Trade at the British Embassy Beijing from 2014 to 2018, covering energy, infrastructure, creative industry and sports.

Before joining the public sector, he worked in the construction industry for more than 30 years in China, India, South East Asia, Middle East, Caribbean and as well as the UK. A Fellow of the Institution of Civil Engineers, he has worked on the planning and construction of major transportation projects including the Second Severn Crossing between England and Wales, Malaysia-Singapore Second Crossing, Hong Kong-Macau-Zhuhai Crossing, Kuala Lumpur Light Rail Transit and Qatar Expressways Programme.

In order to make this session as interactive as possible and to create a virtual roundtable, the event will be a Zoom “meeting” as opposed to a “webinar”. Therefore, we invite you to have your cameras open and participate directly in the live discussion and Q&A. You will be able to use the ‘raise hand’ function if you would like to speak or you will also be able to type your questions or comments into the Chat box.