We are delighted to invite CBBC Premium members to this exclusive briefing with Erik Berglof, Chief Economist at the Asian Infrastructure Investment Bank (AIIB), on Tuesday 11 May 2021.

The Chinese economy has escaped, at least for now, the Middle Income Trap. It has successfully transformed itself by moving up the value added ladder, producing more intermediate goods and controlling an increasing share of global value chains. The weight of the economy has in the process shifted south and west with strong growth of high-tech sectors in cities like Chongqing and Chengdu, in part reflecting new infrastructure allowing much faster and cheaper logistics to Europe. The value chains showed remarkable resilience in the face of COVID-19, but there are, of course, medium and long-term environmental and social constraints. The expansion of spending into the Western-most provinces, like Tibet and Qinghai, has come through very large fiscal transfers and negative impact on overall productivity in the economy.

Join us as we explore what this means for UK-China business. 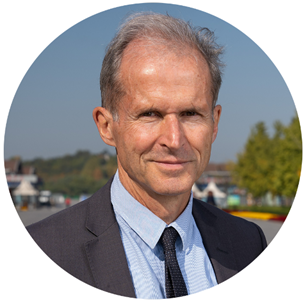 Berglof sets the vision and strategy for the Economics Department and leads the planning, implementation and supervision of its work plan in support of the Bank’s mandate. He is the Bank’s inaugural Chief Economist. Prior to joining AIIB in September 2020, he was Director of the Institute of Global Affairs, London School of Economics, and Chief Economist of the European Bank for Reconstruction and Development from 2006 to 2015, where he was part of creating and co-led the Vienna Initiative, a European crisis response team credited with mitigating the impact of the 2008 Global Financial Crisis. He is an expert in transition economics and institutional transformation through private sector development. He holds a PhD in Financial Economics and an MA in Business and Economics, both from the Stockholm School of Economics. Berglof is a national of Sweden.

If you would like to join this session online, please register via the link above.

There are no restrictions on the number of online attendees per Premium member company and multiple colleagues are welcome to join.

If you would like to join this session in person at our Beijing office, please confirm attendance by emailing Isabel.Curnock@cbbc.org.

Due to space constraints, places are limited and will be offered on a first-come first-served basis.