Expansion of renewable energy is an essential part of every country’s effort to transition into a more sustainable economy.  In a world where many countries have reduced or withdrawn subsidies for renewable energy, corporate Power Purchase Agreements (CPPAs) entered into with financially strong companies have been playing an increasingly important role for wind and solar renewable energy projects in Europe and elsewhere, particularly in making such projects "bankable".

During the webinar, a panel of industry leaders will discuss: the expansion of CPPAs in Europe from market, financial and corporate ESG points of view; the prospect of CPPA developments expanding in Europe and into China; and the opportunities for corporates, funders and investors to be involved in renewable energy projects worldwide to further their sustainability goals. 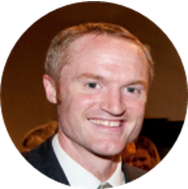 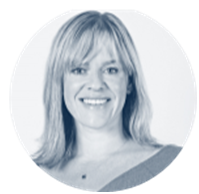 Partner, Global Co-Chair of Energy and Natural Resources and International Co-Head of Sustainability and ESG

Natasha has over 20 years of experience and works exclusively on energy projects both in the UK and internationally. Natasha was Head of Renewable Energy for EMEA and Asia Pac before taking on the role of Global Co-Chair of Energy and Natural Resources in early 2018. Natasha’s practice relates exclusively to renewable energy (predominantly wind and solar) and sustainability. She has a varied client base, advising on energy developments, investments, acquisitions, disposals, financings and re-financings, as well as acting on all types of Power Purchase Agreements (PPAs) including Corporate PPAs , where she advises offtakers, generators and lenders.

Natasha has advised on CPPAs for over a decade and has worked on a number of significant CPPAs including with high profile companies in the telecoms, IT, banking, retail, alcoholic beverage and consumer goods space. She advised on the UK's first project financed non-subsidy onshore wind farm with a CPPA (Hyndburn wind farm) and the largest non-subsidy solar project in the UK for AB InBev with Lightsource for 100 MW. She has advised on physical PPAs and synthetic PPAs as well as “hybrids”. She has also advised on over 15 private wire PPAs in the UK and Africa.

In July 2020, Natasha was given a global ranking amongst the most influential wind lawyers for her work on CPPAs in A Word About Wind’s Legal Power List 2020, a biennial and independent publication, which ranks and profiles the most important and influential legal professionals currently working in the global wind industry.

Natasha regularly contributes to publications and events on the topic of PPAs. She was asked to give a podcast, episode 28, by Redefining Energy entitled ‘PPA Masterclass with DLA Piper’, which was downloaded 1,252 times in its first week of release in June 2020. Also in June 2020, Natasha presented at a Reuters webinar: ‘PPAs: Buyers, Sellers and Lenders’ which is available on YouTube. 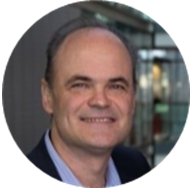 Phil Dominy is a Director in a dedicated market-leading team at EY, of over 30 energy specialists in strategy and corporate finance, based in London. Phil is passionate about fighting climate change through an increased uptake of renewable energy, and helping large companies do the right thing. He is a leading expert in developing renewable energy strategies, together with originating and negotiating long-term PPAs for large corporates in multiple countries around the world, including the UK, US, India, Mexico, Australia, South Africa, Thailand, Ireland, France, Portugal, Spain, Italy, the Nordics and elsewhere in Europe. https://www.ey.com/en_uk/power-utilities/renewable-energy-strategy-and-power-purchase-agreements

Phil is also well recognized in the renewables sector for his role as Senior Advisor for EY’s Renewable Energy Country Attractiveness Indices (www.ey.com/recai). This established bi-annual publication provides a view on the attractiveness for investment in 40 countries across the world.