CBBC members are invited to join a China, Bookmarked session on Tuesday 18 May 2021 with Lele Sang and Karl Ulrich on their recent publication Winning in China: 8 Stories of Success and Failure in the World’s Largest Economy.

If Amazon can’t win in China, can anyone?

When Amazon CEO Jeff Bezos visited China in 2007, he expected that one day soon China would be a double-digit percentage of Amazon’s sales. Yet, by 2019, Amazon, the most powerful and successful ecommerce company in the world, had quit China.

In Winning in China: 8 Stories of Success and Failure in the World’s Largest Economy, Wharton experts Lele Sang and Karl Ulrich explore the success and failure of several well-known companies, including Hyundai, LinkedIn, Sequoia Capital, and InMobi, as more and more businesses look to reap profits from the demand of 1.4 billion people.

Through these engaging and illuminating stories, Sang and Ulrich offer a framework and path for organizations looking for a way to successfully enter the world’s largest economy. History can be a teacher, and China, a country with 3,500 years of written history, has much to teach. 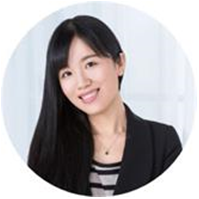 Lele Sang is Global Fellow at the Wharton School of the University of Pennsylvania. A former journalist and editor, she has worked for the Beijing News and Caijing Magazine covering business and politics and has interviewed world leaders from prime ministers to Fortune 500 company CEOs. She also worked at startups and multinational corporations in both the United States and China.

She is coauthor with Karl Ulrich of Winning in China. She was a visiting scholar at University of California–Berkeley, Graduate School of Journalism. She holds an MPA degree from the University of Pennsylvania. 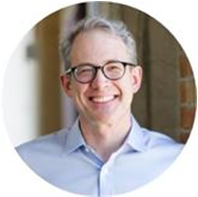 Karl Ulrich is the Vice Dean of Entrepreneurship & Innovation and the CIBC Professor at the Wharton School of the University of Pennsylvania. He also holds an appointment as Professor of Mechanical Engineering. He leads Wharton’s San Francisco campus and the Penn Wharton Entrepreneurship programs and his research is focused on innovation, entrepreneurship, and product development.

He is the co-author of Winning in China (Wharton School Press, 2021); Product Design and Development (6th Edition, McGraw-Hill, 2015), a textbook used by a quarter of a million students worldwide; and Innovation Tournaments (Harvard Business Press, 2009). He is the winner of many teaching awards, including the Anvil Award, the Miller-Sherrerd Award, and the Excellence in Teaching Award at The Wharton School. At Penn, he co-founded the Weiss Tech House and the Integrated Product Design Program, two institutions fostering innovation in the university community.

In addition to his academic work, Ulrich has led dozens of innovation efforts for medical devices, tools, computer peripherals, food products, web-based services, and sporting goods. As a result of this work, he holds 24 patents. Ulrich is a founder of Terrapass, Inc. which the New York Times identified as one of the most noteworthy ideas of the year, and he is a designer of the Xootr scooter, which Businessweek recognized as one of the 50 coolest products of the 21st century. Ulrich holds bachelor’s, master’s, and doctoral degrees in mechanical engineering from MIT.